Camping isn’t my thing. It never really has been. A hotel or resort stay was usually part of my family’s travel plans. We did rent a cottage several times but that’s as outdoorsy as we got.

When I met my husband in university he convinced me to try out traditional camping – you know with a tent and cooking over a fire pit for all three meals. I went two times and those trips reconfirmed that I’m not a good camper.

Worrying about mosquito bites, sleeping on an air mattress that is almost completely deflated by morning, wandering around in the dark looking for a bathroom in the middle of the night and keeping food away from bears, raccoons and skunks isn’t my idea of fun. 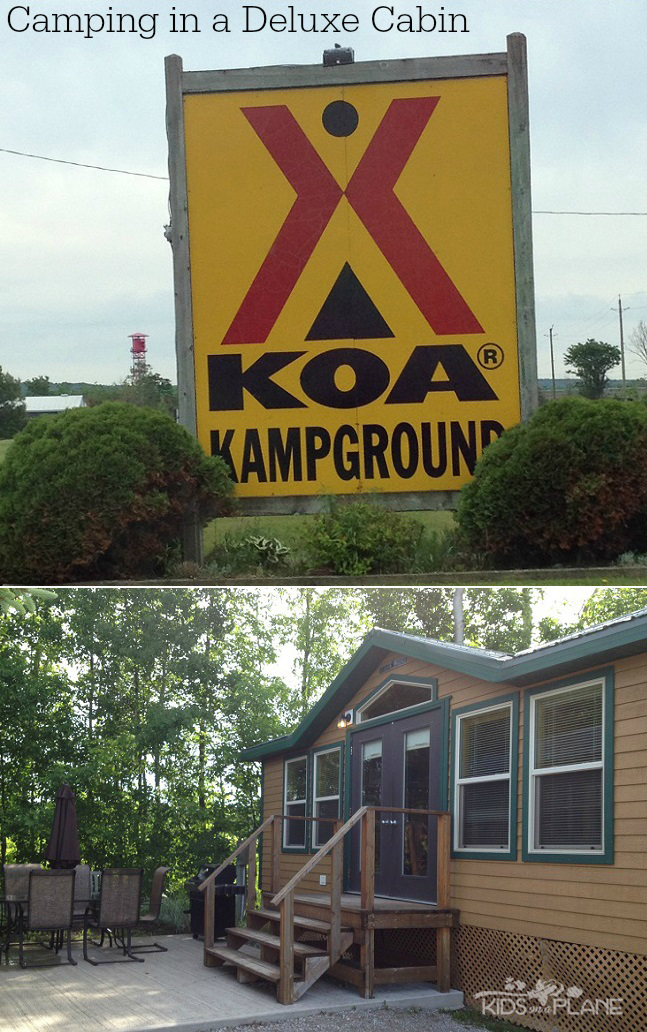 My husband though is an avid camper – he loves everything about it.

He tries to go every year with his friends and is looking forward to the day I say “Alright, let’s plan a camping trip and buy a new tent!”

Doubtful those words will ever come out of my mouth but I know he’s still hoping.

Compromising with a Deluxe Cabin at KOA

Last month we were invited for a weekend stay at a KOA Campgrounds – we chose Toronto North/Cookstown.

We booked a deluxe cabin hoping it would be an easy way to introduce the kids to camping but also keep us (or rather, me) in our comfort zone. 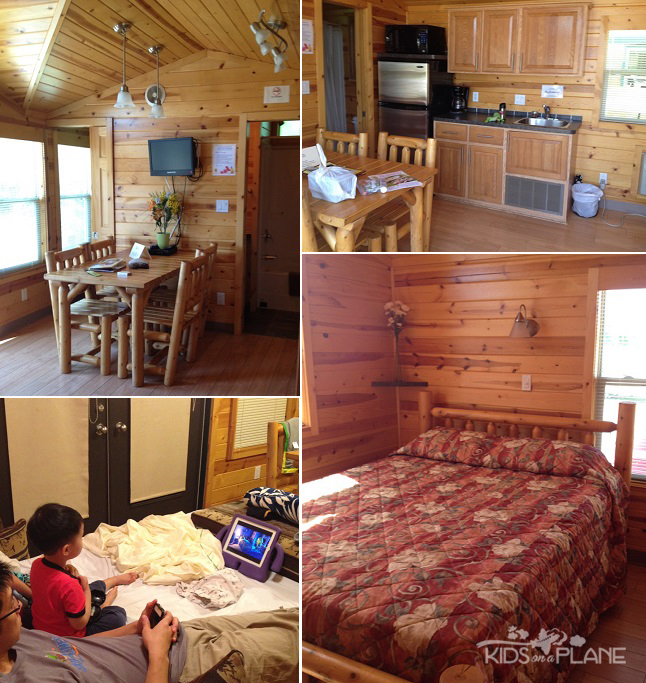 Every time I said “We’re going camping!”, friends would laugh. My husband thought it was hilarious I’d consider a stay in a log cabin with AC, a fridge, microwave and most importantly – a private bathroom, “camping”.

Fine. It isn’t camping in the traditional sense and falls more into the glamping category.

You have some of the luxuries of home and have the option of cooking your meals outdoors on the BBQ or over the fire. There was a griddle pan in our cabin but we cooked most of our meals outside.

KOA Toronto North Cookstown also had activities on site to keep the kids entertained – life size chess and checkers board, mini putt, a heated outdoor pool and movies under the stars. 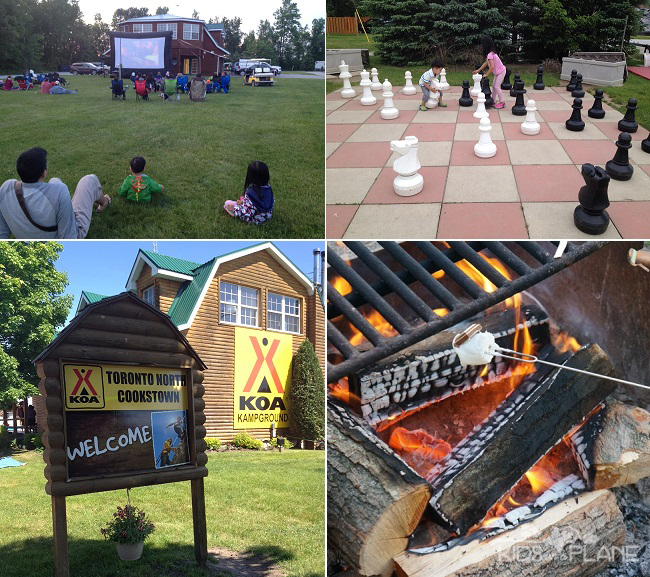 It was thunderstorming and raining for half a day during the weekend and my husband and I were very thankful we had Wi-Fi, TV and 4 walls to keep the kids entertained, warm and dry.

Had we been in a tent, I’m not sure how or if we would have survived. There’s only so many games you can play with a 6 and 3 year old in a small polyester dome shaped home away from home.

Call It What You Want

My husband and several friends said this was considered “cottaging” but I’m pretty sure most cottages if not all have a full kitchen – with a stove and oven. These cabins do not! It’s not cottaging, right?

To me this is as “camp”y as we will be getting in the next few years. 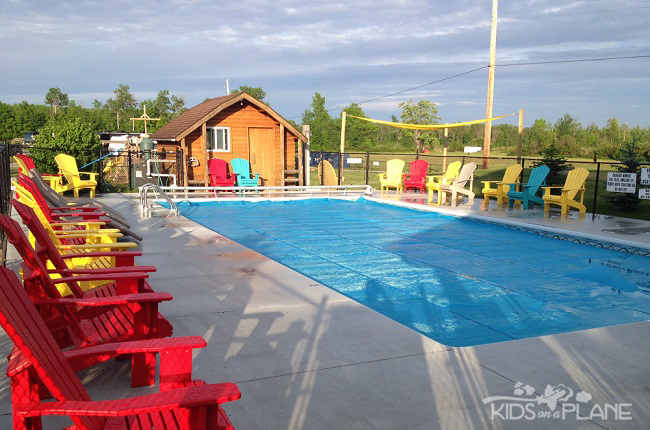 When we’re completely done with potty training, then MAYBE we can forego our own private bathroom and buy headlamps for middle of the night bathroom breaks.

Air mattresses though – it’s never going to happen. Mama’s getting old and my back can’t handle it 😉

If you’re thinking about a camping or glamping trip with kids at KOA, there’s several posts on Trekaroo that may provide some inspiration.