There is so much to enjoy with your family at Disney’s Hollywood Studios. From toddlers to preschoolers to teenagers, and everyone in between, this Disney park is amazing for families. Characters, great dining options, well themed lands, and fantastic shows…..it is a “must visit” on your next Disney vacation! Today, I am going to share my favorite tips for visiting Disney’s Hollywood Studios with kids!

Walking down Sunset Boulevard as you enter Hollywood Studios, with the giant palm trees lining the street leading to the Chinese Theater is breathtaking. You can’t help but feel a little starstruck and as if you have been transported back in time to the early years of cinema and film.

While several of the park’s highlights are geared toward older children, the addition of Toy Story Land and the Disney Jr. offerings make it fantastic for all your kids! 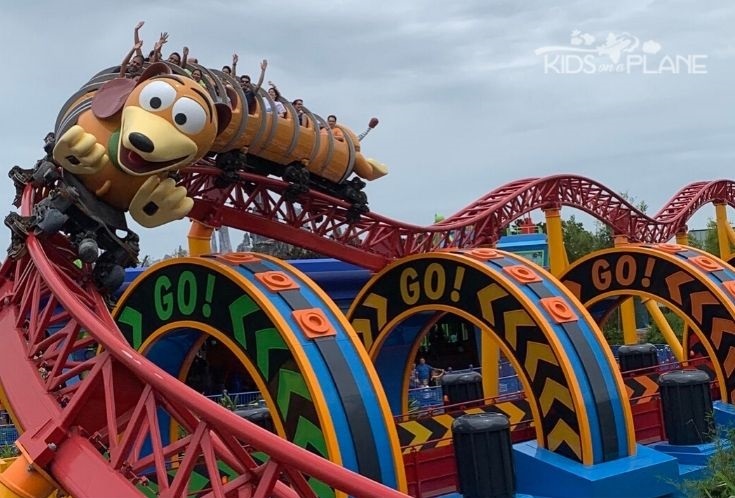 Where Can I Find Great Dining Options for My Family at Disney’s Hollywood Studios? 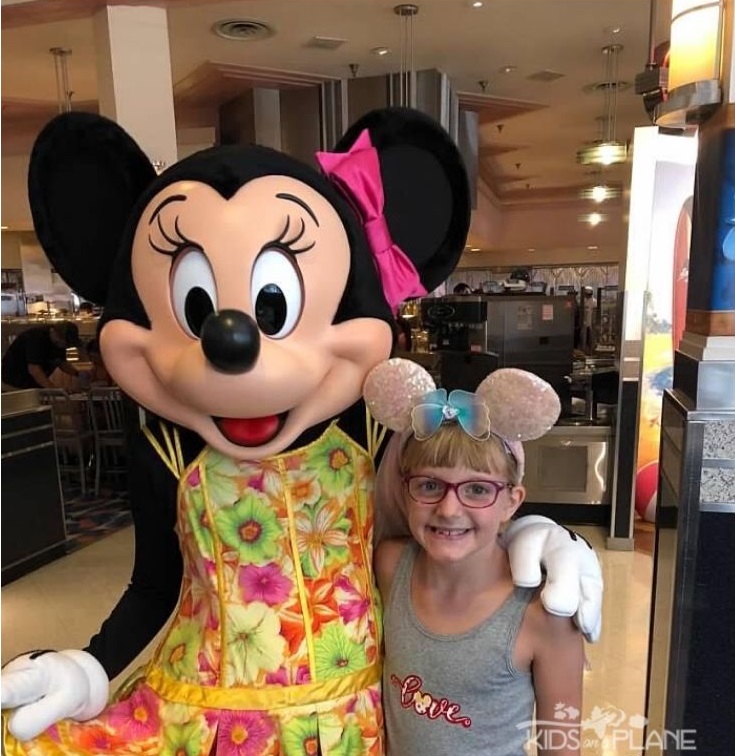 With both of these options, guests see a lot of changes, as Disney likes to keep it updated. If you have a little one, you know that the Disney Jr. Characters change over time, and Disney reflects this at the Play and Dine breakfast. We’ve seen a range from the Little Einsteins to Handy Manny to Sofia and Doc McStuffins. For lunch and dinner, Minnie and her friends reflect the current season. This location is especially fun during the fall and winter when they are in their seasonal costumes. Check out Hollywood and Vine’s menu here.

Backlot Express: For a great Quick Service Dining location, you can’t go wrong with Backlot Express. While Disney’s Hollywood Studios isn’t known for it’s fantastic QS locations, they serve their purpose for guests. Backlot Express has a great menu. Also, the seating is very plentiful with both indoor and outdoor options. Check out the menu at Backlot Express here.

What Characters Can We Meet at Disney’s Hollywood Studios?

Guests can also meet Olaf at Disney’s Hollywood Studios! He is in his own meet and greet area that smells like summer! Just to the side of the FROZEN Singalong is his area. The meet and greet is so cute. He’s always happy to see guests and will give you a card with his “autograph” on it…with sticks for arms, it’s kind of hard to sign autograph books!

Toy Story Land is the only location you can meet Jessie and Woody together in one spot. Buzz Lightyear meets at Hollywood Studios, but you can also find him at Magic Kingdom. However, Woody and Jesse, as well as some Green Army Men are located just outside Toy Story Midway Mania in Hollywood Studios. 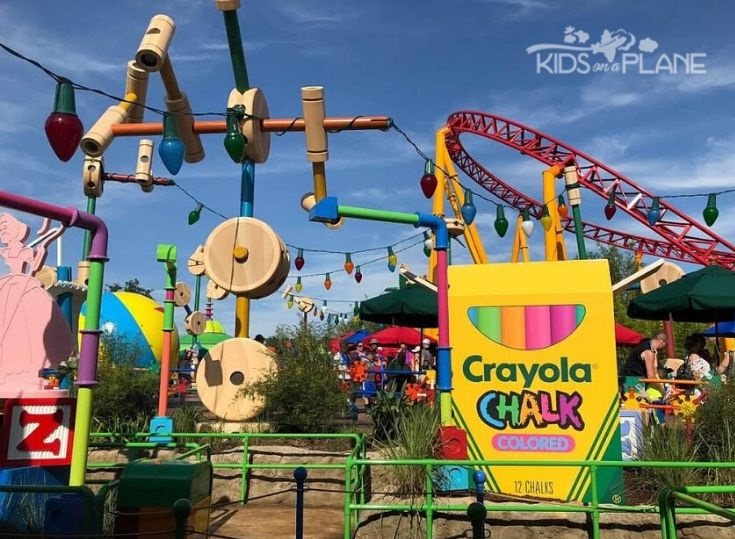 What are the Best Attractions for Kids at Disney’s Hollywood Studios?

One thing I really appreciate about Toy Story Land is that the attractions are somewhat close to one another. This makes it easy to move about, and enjoy some of them more than once. The entire family can ride Alien Swirling Saucers together. Think of this as sort of a Mad Tea Party set up. It spins across the ride platform, making it a cute and fun ride. 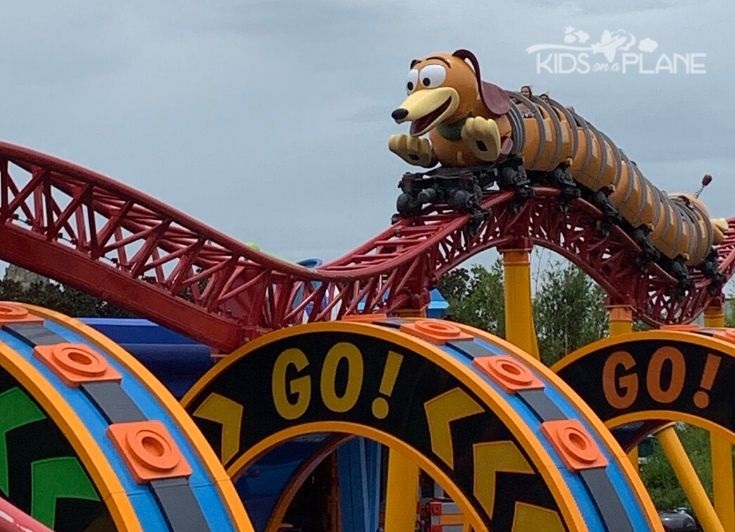 My absolute favorite ride is Slinky Dog Dash. Wait times for this can be fairly long, so it’s a good idea to go straight there in the morning, or at park close. Keep in mind, the queue is mostly outside and not super shaded. So it can be hot. This rollercoaster is relatively mild, very similar to the Seven Dwarfs Mine Train. It does have a “low” height requirement of 38 inches, so it is mostly fun for everyone.

You also can’t go wrong with Toy Story Midway Mania. This classic is one even my teenagers still love. While this is not a “new” attraction at Hollywood Studios, it fits perfectly with Toy Story Land.

The newest attraction, Mickey and Minnie’s Runaway Railway is found smack in the middle of the park. If you remember the Great Movie Ride, it is similar to that set up and in the same location! It also has no height restrictions, so that makes it perfect for everyone! This is also the first Mickey and Minnie themed attraction in any of the Disney Parks. Definitely one for fans of the Mouse! 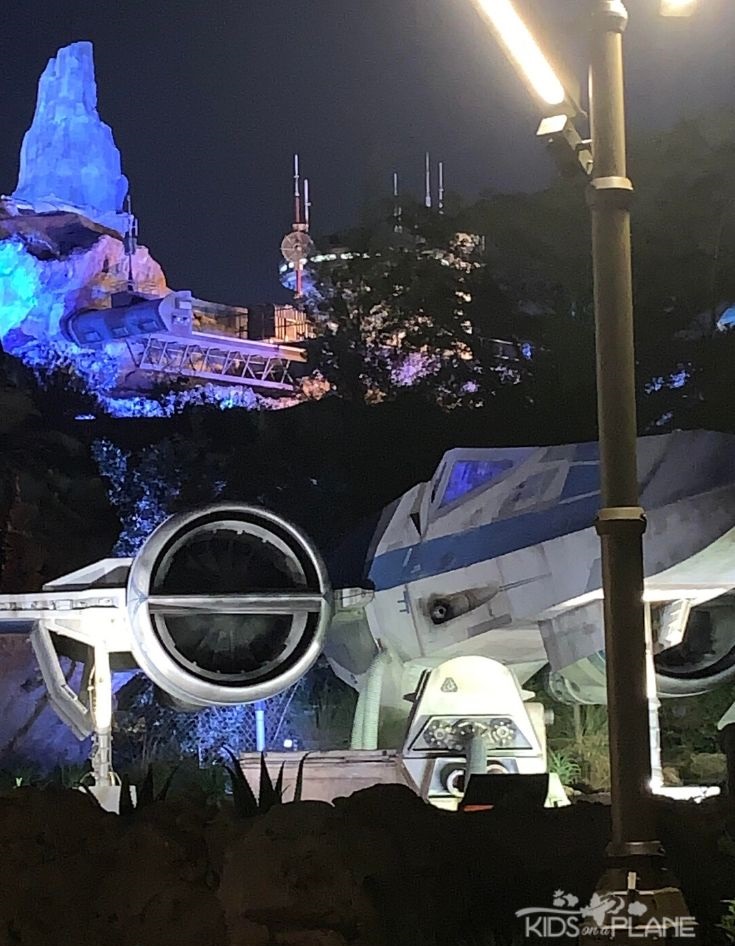 Hollywood Studios is also home to the now famous Galaxy’s Edge. Even the youngest Star Wars fan will enjoy some time here! However, many of the attractions in Galaxy’s Edge are geared toward older kids and adults. If we were traveling as a family, we would probably part ways here and one of us would enjoy Galaxy’s Edge with the older two while the other took the younger one to get a snack, see a show, or meet some characters.

Aside from Toy Story Land, there are still plenty of fun things for kids! We love to enjoy the shows at Disney’s Hollywood Studios. These give us time to rest and get a snack while enjoying some of our favorite Disney characters on stage.

An absolute favorite of ours is Beauty and the Beast Live on Stage. This is an outdoor amphitheater seating seat up. So it can get kind of hot. But, most of the seating area is covered and they do have fans. Everyone in our family enjoys this show. The music is perfect and the costumes are fantastic. 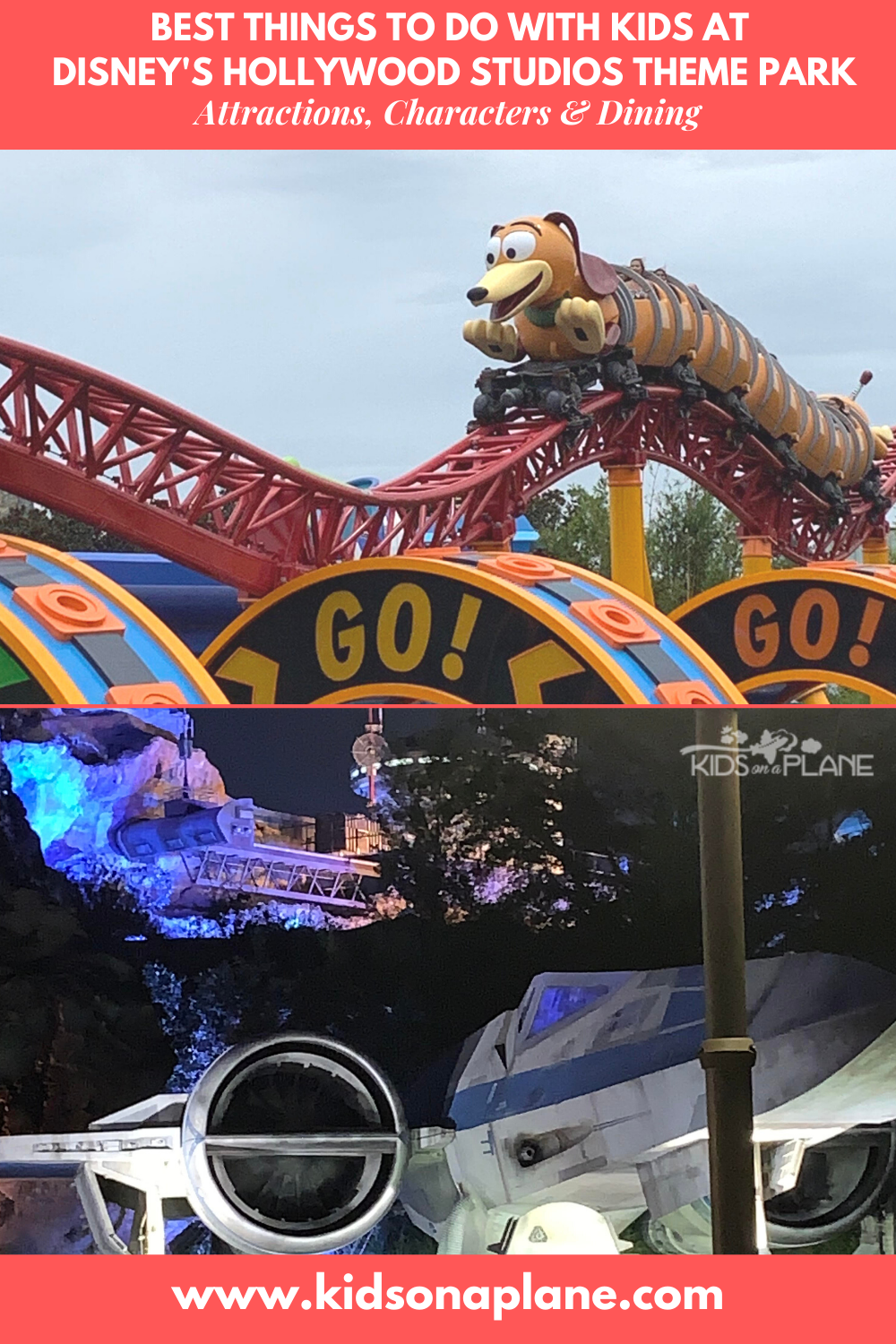 With some careful planning, Disney’s Hollywood Studios is a great use of a park ticket for families. We have always needed just one day at this park, or park hopped there for an additional half day or so. It makes a great park to visit toward the middle of your trip, and maybe even hop to EPCOT before or after.

BEST THINGS TO DO WITH KIDS AT: