On my recent trip to Seattle, I had the privilege of taking a tour of Olympic National Park in Washington with Evergreen Escapes.

Having never visited a national park in the US before I didn’t know what to expect. 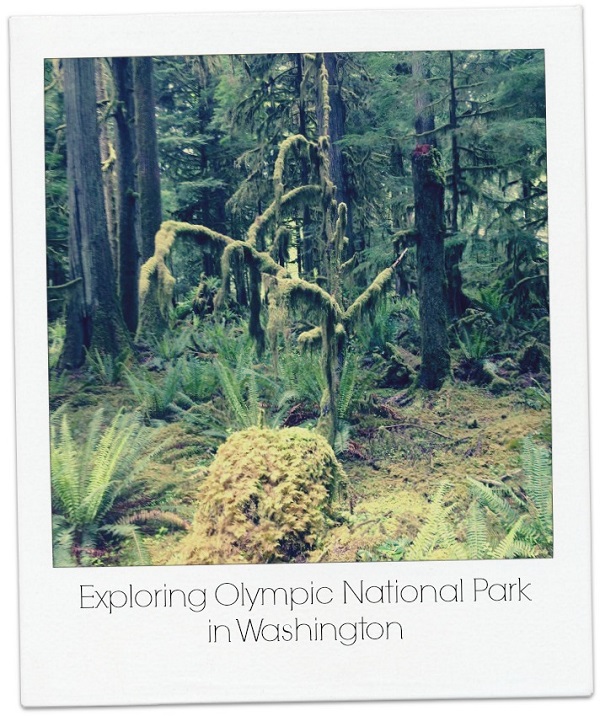 By the end of the day I was exhausted but thrilled that I was able to take part in such an informative tour and capture some breathtaking scenes on camera.

Our group of 10 was led by three naturalist guides who were extremely knowledgeable of the area and its history.

We started our day bright and early in the morning with a pick up near our hotel in a comfortable Mercedes van.

We took the ferry across Puget Sound to Bainbridge Island, a suburb of Seattle and headed to Sequim Bay. 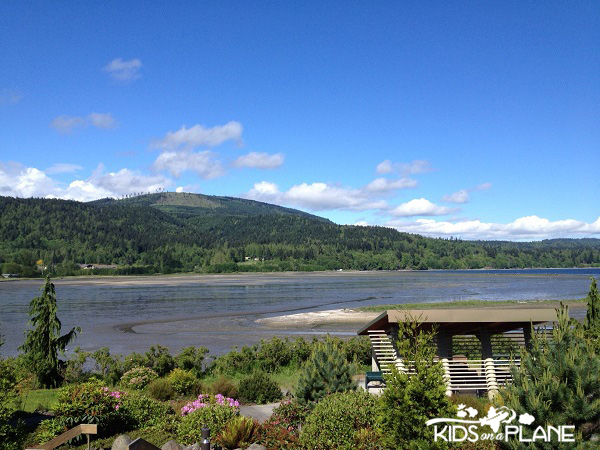 We got to learn a bit about the area and see Jamestown S’Klallam tribal totem poles up close. 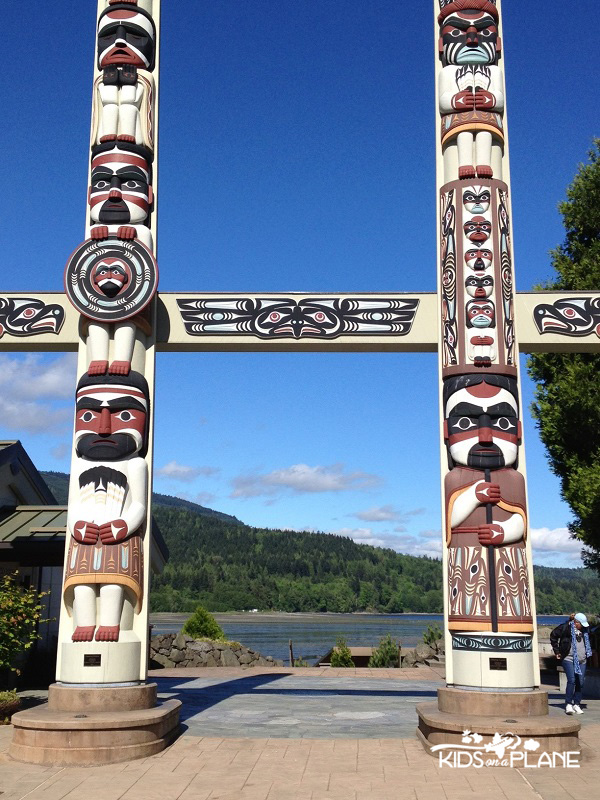 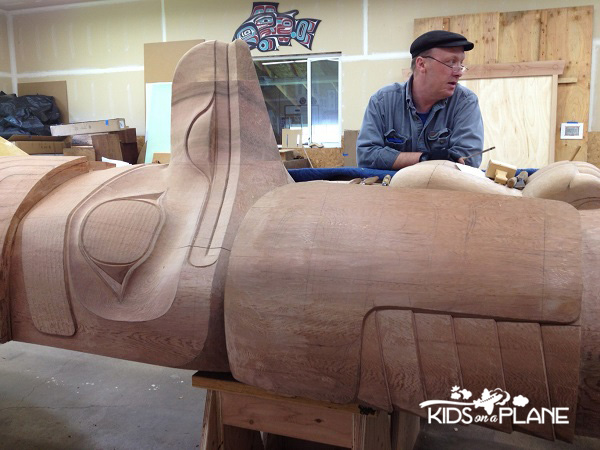 After snacking on some delicious, muffins, cookies, tea and coffee from a local bakery we then headed to the Dungeness National Wildlife Refuge where we hiked out to the sandy spit (the longest natural sand spit in the US which grows about 15 feet per year).

Our guides set up a fantastic and delicious lunch while we explored. I was expecting sandwiches and juice and was delightfully surprised when it was gourmet dishes made with local and organic ingredients.

We dined on barbecue chicken, various salads, roasted vegetables and some leftover cookies from our morning snack break. Local wines also accompanied the meal as well and from what others were saying (I don’t drink much) they were just as good as the food. 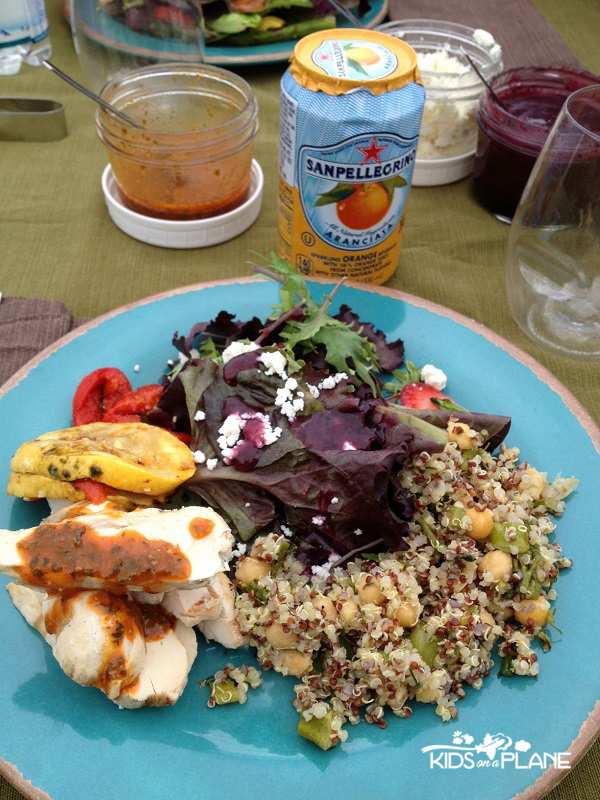 Because of weather we were unable to visit Hurricane Ridge which offers views of the Olympic Mountains after lunch and our guides decided to drive a bit west of Port Angeles towards Crescent Lake.

Crescent Lake is a deep lake located entirely within this US national park and was created by icebergs carving out valleys during the Ice Age. It has been measured to be deeper than 400 feet in some parts of the lake. 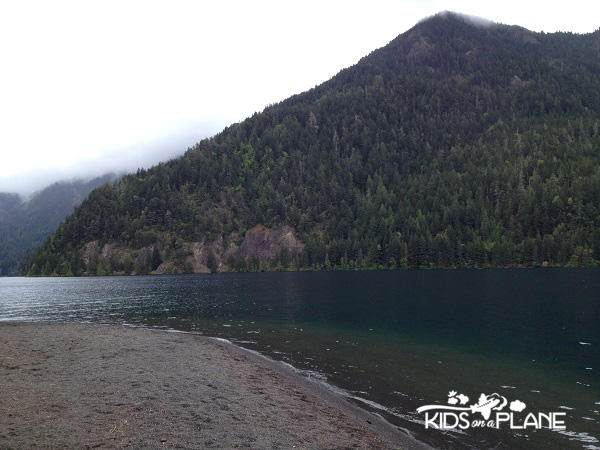 We spent several hours hiking through the low-elevation rainforest around Crescent Lake.

Wild flowers, green foliage (if you think Seattle is green, you have to visit Olympic National Park!) and wild life were everywhere. We saw many blacktail deer and a few bald eagles during our tour.

The trek to the waterfall was worth it! 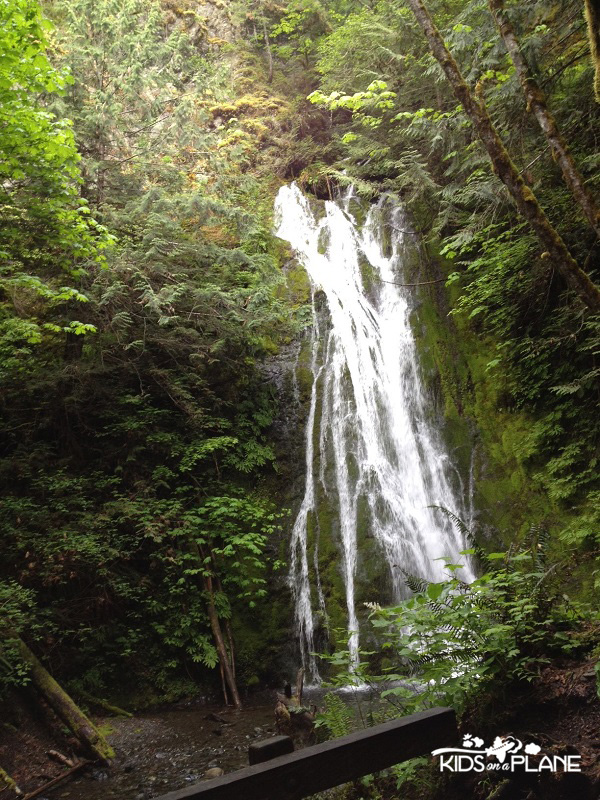 It was a long day for sure but full of lasting memories and beautiful photos. 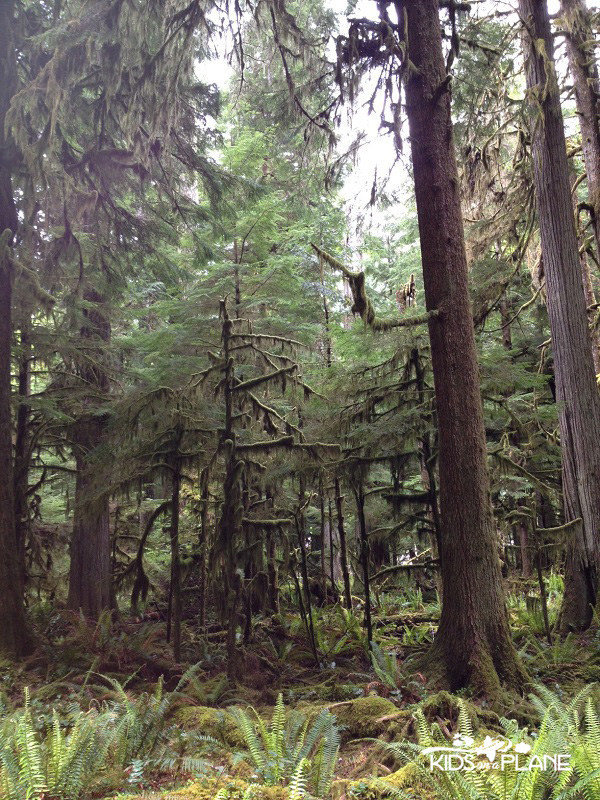 The full day tour was about 12 hours from start to finish and I would highly recommend it for solo travellers, couples and families with tweens or teens.

Make sure you have a good pair of walking or running shoes as you will be getting a good workout on this Evergreen Escapes Olympic National Park tour!