Last month, my family and I enjoyed a tour of Seattle with Ride The Ducks.

Ride the Ducks offers visitors and Seattle-ites an engaging and educational tour of Seattle aboard an amphibious bus – a vehicle that can drive on land and cruise in the water. 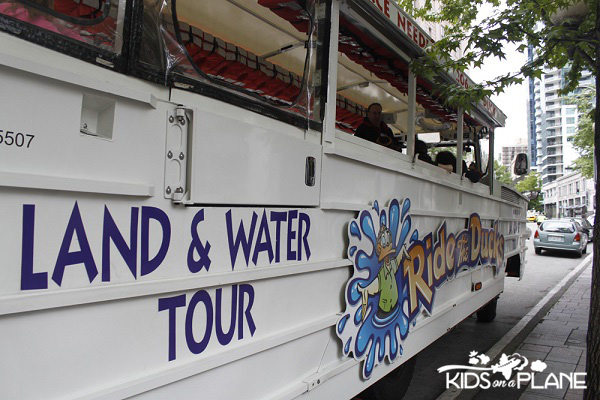 With two pick up points, Westlake Center (near the shopping mall in downtown Seattle) and Seattle Center (the Space Needle and Experience Music Project area), Ride the Ducks Seattle tours run several times a day with each land and water tour lasting about 90 minutes – 30 of which are spent out on Lake Union. 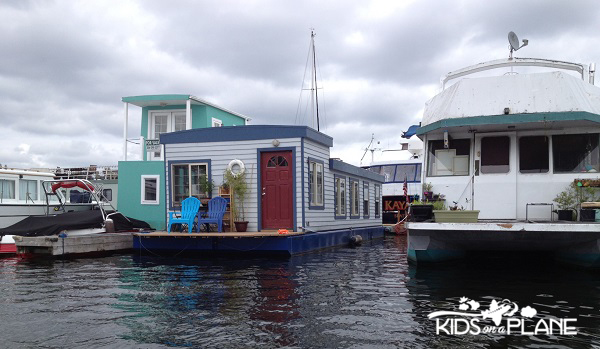 A Party on Wheels and In the Water

Our Captain, Captain Davy Quackett, was very animated and had head gear changes – hats and wigs – several times during  our tour.

Top of the charts hits from the 70s, 80s, 90s and a few current ones – think Justin Bieber, One Direction and Black Eyed Peas – were played throughout the entire ride.

Songs would often match our location – “Bad Boys” played as our bus passed some police officers, the theme song from Jaws played softly in the background as we entered Lake Union, and an Elvis Presley song played when we drove past this iconic elephant sign.

It even pre-dates Seattle’s Space Needle. Elvis Presley was rumored to have visited while he was filming “It Happened at the World’s Fair” in the 60s. 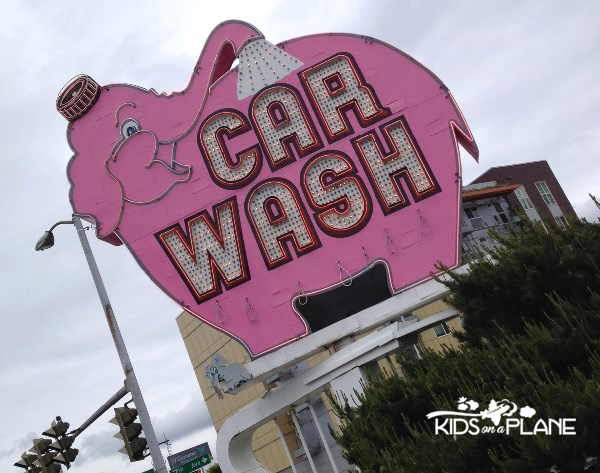 Captain Davy Quackett also encouraged us to make noise using our quackers and dance in our seats as we passed pedestrians and other tour buses.

Ride the Ducks was both entertaining and educational. Our captain covered a lot of ground in 90 minutes and we were able to see many of Seattle’s famous landmarks, attractions and neighbourhoods.

And of course a very famous houseboat. Any Sleepless in Seattle movie fans out there? 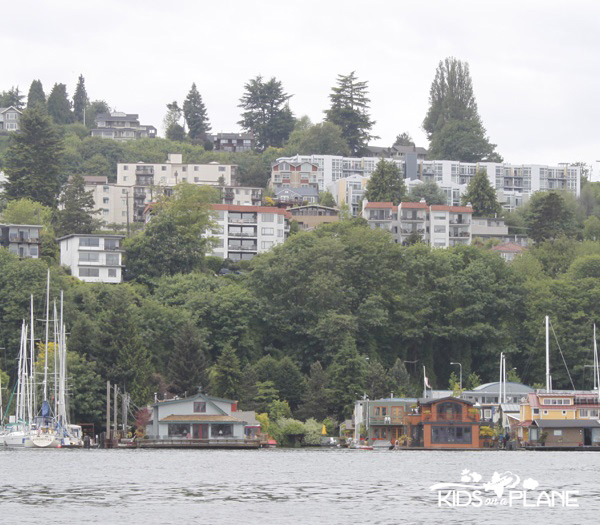 1. Do this tour at the beginning of your trip. The tour gives a great overview of the city and you can go back and explore your favorite sights afterwards.

2. If your budget allows it, buy the quacker (yellow plastic duck beak noise maker)! At $2.50 each it’s a wallet friendly souvenir.

3. There are no washrooms on The Duck so make sure you go before you board the bus.

4. It is completely open on the sides – there are no windows – which makes it quite breezy and chilly. Dress warm or in layers. Some fellow passengers were wearing winter hats and gloves when we took the tour in May.

5. Have some ibuprofen near by. You may or may not be seeking headache relief after the tour.

Get Your Quack On!

Yes, it is a little bit cheesy at times with the chicken dancing and noise making but when else are you allowed to scream, shout and quack on a tour?

Ride The Ducks Seattle is great for all ages – visitors, locals and families with kids.