Our first port of call on our Halloween on the High Seas Disney Wonder cruise was Key West, Florida.

We only had 5 hours here and decided very early on in the planning process that our top priority was to try Key Lime Pie – a dessert that originated here. 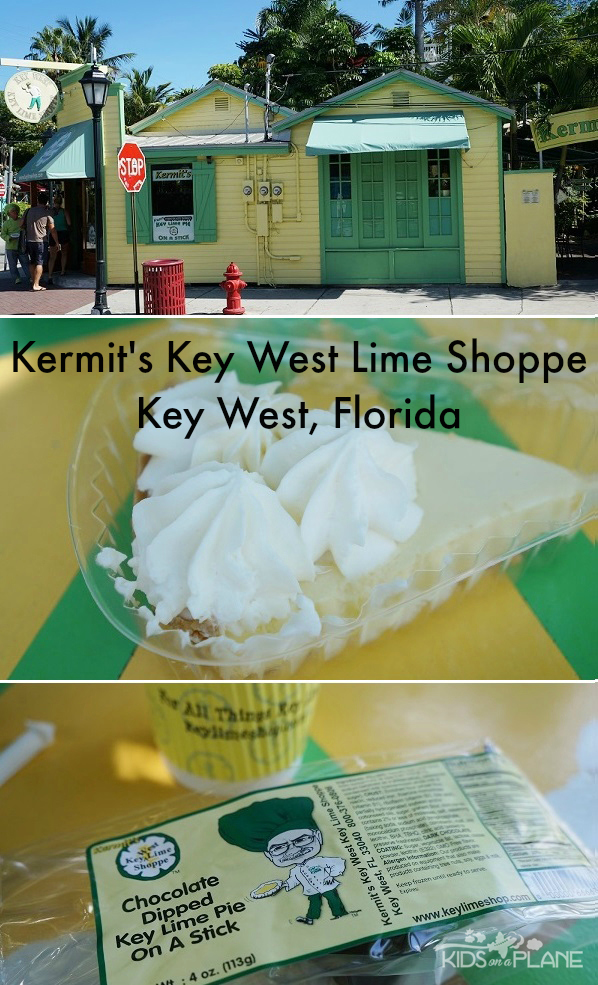 The food highlight of our visit was Kermit’s Key West Lime Shoppe.

We got off the cruise ship shortly after breakfast and visited a few tourist attractions. It took us 3.5 hours before we decided it was time for a snack and we were ready for a slice of Kermit’s Key West Lime Pie.

I kid you not, it was a feat getting there with two cranky, thirsty and hungry kids. It was so tempting to just stop in at the first air conditioned store with a Key Lime Pie sign. 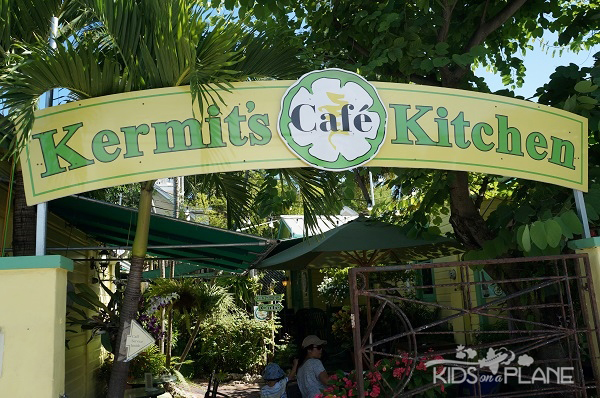 But we trekked on determined to find out for ourselves why this one store receives so many rave reviews.

We made it albeit dripping sweat from head to toe. We all wanted to eat anything and everything. This is what 3.5 hours in the sun does to you, I suppose.

Mr. Kids On A Plane and the kids sat down at the table closest to the patio entrance and I went inside trying to figure out what to order. 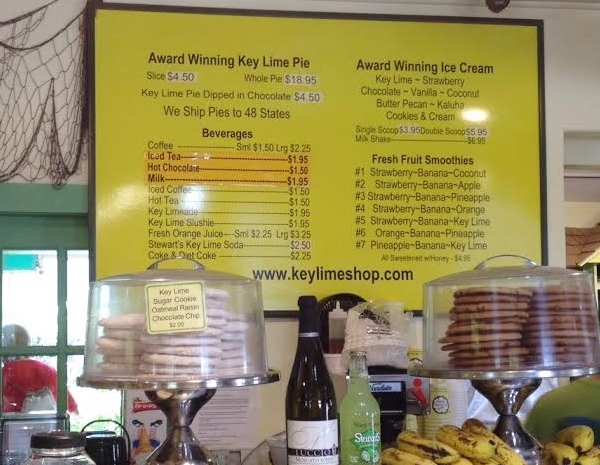 I came back with a Key Lime Slushie, Frozen Key Lime Pie on a Stick, Key West Beer, a slice of their infamous key lime pie and a scoop of vanilla ice cream just in case they decided they didn’t like the pie. 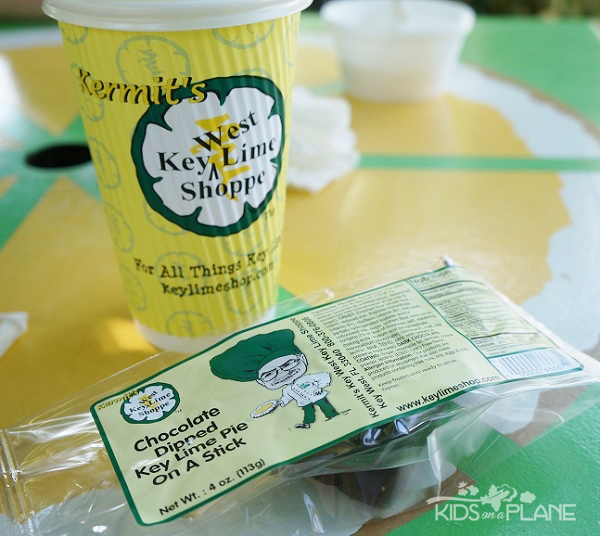 Yeah, maybe I went a little overboard with the key lime snacks but hey, who knows when we’ll be back here again. 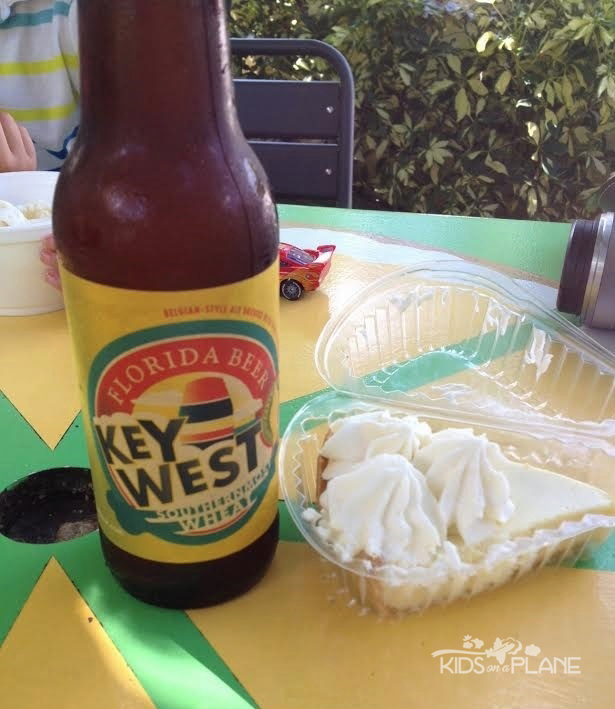 Was It Worth It?

Key Lime Slushie – it’s not as sour as lemonade slushies and was very thirst quenching after 10 minutes of walking in the blazing sun.

Frozen Key Lime Pie on a Stick – this gets the thumbs up from Food Network’s Alton Brown and I have to say it was quite good although I found the chocolate to over power the lime flavour. Miss L though loved it and probably could have finished it on her own. 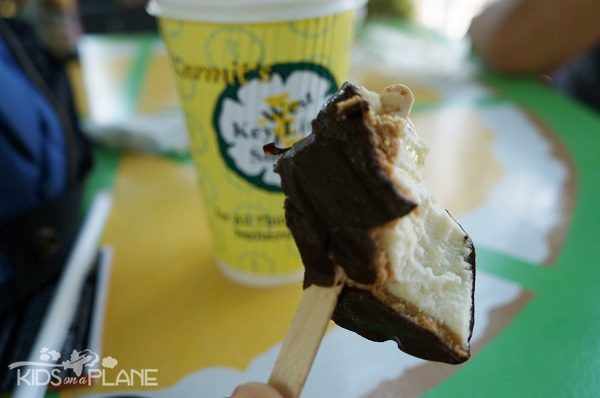 Key West Beer – two thumbs up from Mr. Kids On A Plane. Light, not too hoppy and refreshing – he didn’t even take a sip of the slushie. 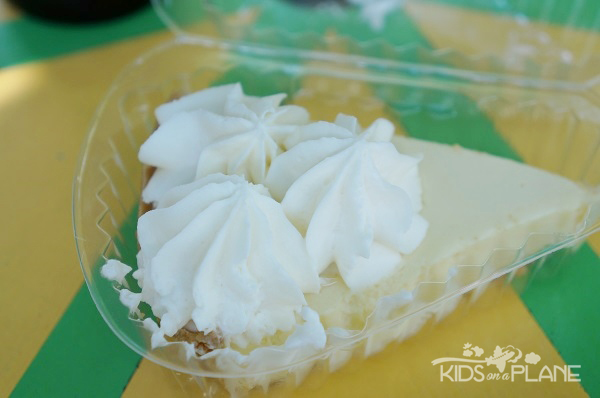 Key West Lime Pie – Now we know why this dessert gets such great press! It’s light, fluffy, tart and sweet and not a heavy dessert like other key lime pies we’ve tried in other places of the world. The key lime flavour is really the star of the show here. We saved this for last and it was demolished by the four of us within seconds.

Note to self: one piece of pie cannot be split between our family of four. Must order more next time. 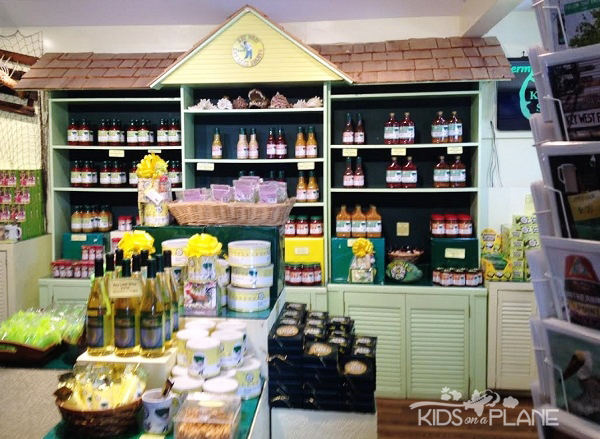 Know Before You Go

There’s a shaded patio with waterfall and koi pond at the Elizabeth St location along with free Wi-Fi. This is a great place to catch up on emails or what not without having to pay for internet connection on your cruise ship.

Visitors can sample almost everything if they’re unsure about what to order or buy. 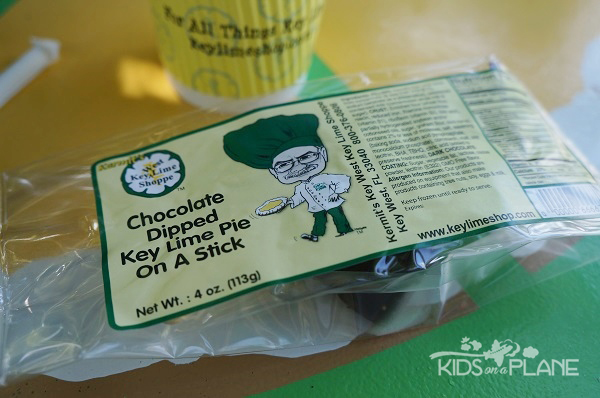 You can also order your favourite products online should you regret not purchasing items in person while you’re there – including frozen key lime pie on a stick (you’ll just have to figure out how to finish an entire case because you can’t order them individually).

If you’re only interested in the frozen pie on a stick and don’t want to make the trek to either location, there is a souvenir shop right off the cruise ship dock that carries them. You’ll see a Kermit’s Frozen Key Lime Pie on a Stick Sold Here! sign outside. We only noticed it as we were getting back on the ship. Figures! 😉

Have you visited Key West? What are your must have foods there?

Have You Read These?