In Texas, food is more than just a meal. I discovered this while I was exploring the Lone Star State at the beginning of the month — you can see some of my food photos on Instagram. Food brings families and friends together and restaurants serving delicious dishes are often crowded come meal time.

Is the BBQ as good as everyone says it is? YES! Will you ever get tired of Tex-Mex? NO! But there’s a lot more to Texas than just BBQ and Tex-Mex.

I overindulged a little too much while in Texas and have spent the past few weeks working off my “food baby” (also known as “belly bulge”).

If you have an adventurous palate, here is my list of must try dishes for those visiting or vacationing in Texas:

It goes without saying, Texans know a lot about BBQ. This is one of the first “dishes” that comes to mind when I think about Texas and every local that I asked about barbecue said to order the beef brisket – because it’s smoked all day over woodchips unlike how I make it at home (in the oven without chips or in the slowcooker with liquid smoke). 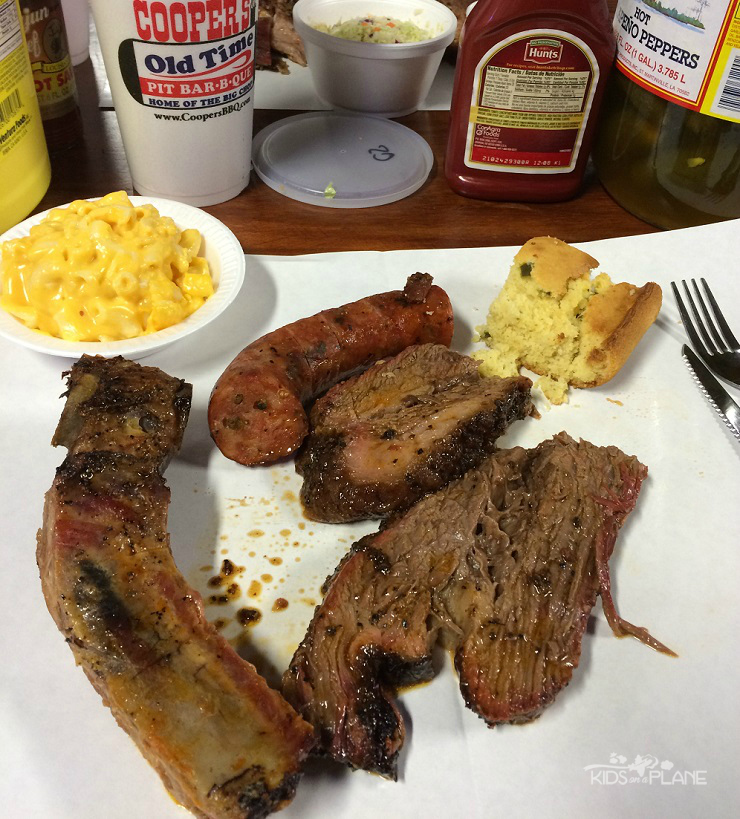 It’s hard to have some restraint when it comes to BBQ but I thought I did a good job at Cooper’s in Fort Worth. Sadly, my eyes were bigger than my stomach. I did manage to eat all the brisket though and it was everything people said it would be. Crispy on the outside, tender, juicy and a bit fatty on the inside.

When I think of Mexican breakfast dishes, huevos rancheros (rancher’s eggs) immediately comes to mind. However, when I spotted chilaquiles verdes on the Cafe on the Green breakfast menu at Four Seasons Dallas. An egg dish with a ton of heat from the salsa — I could definitely see myself trying to make this at home for breakfast, lunch or dinner. 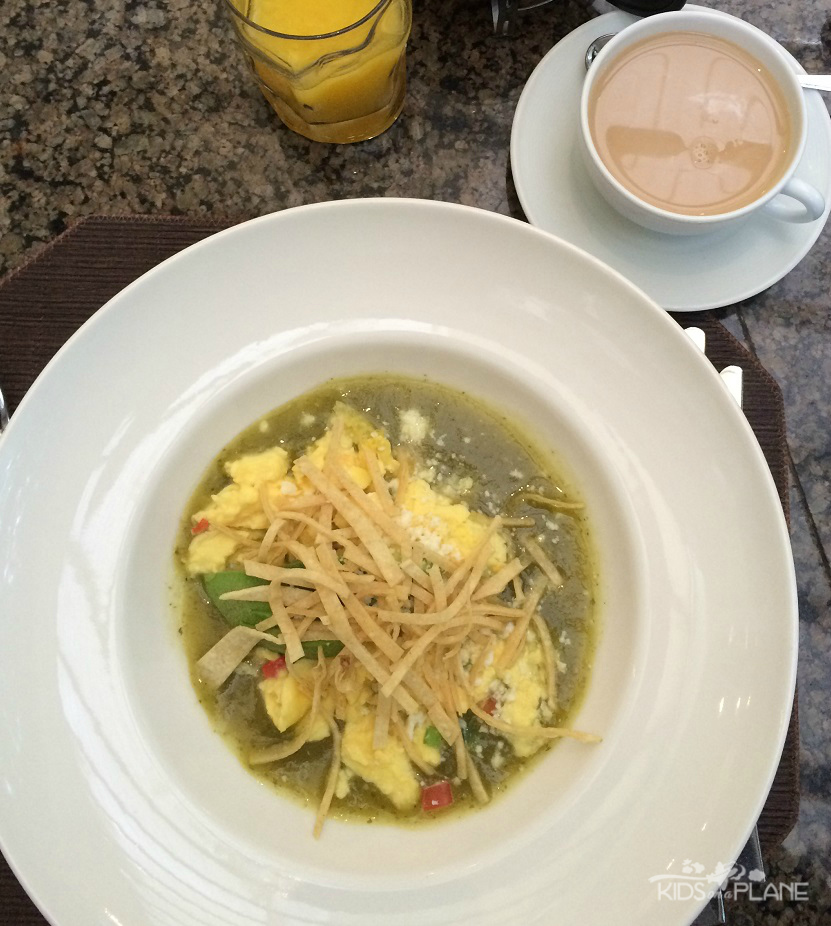 I’ve seen the chefs on Food Network cook this Tex-Mex comfort food dish many times and I immediately ordered it when I saw it on the Oddfellows menu in Dallas. What makes this one a bit more special is that it’s made with wild boar chorizo. For even more heat, they top it with queso, tons of jalapenos, pickles and sour cream – hence the name Angry Frito Pie.

This is a big dish and I barely got through half of it on my own. If you order this frito pie, make sure you have a buddy to help you finish it.

Speaking of queso, this appetizer/side dish of melted cheese and chili pepper at Brewed – a coffeehouse brewpub in Fort Worth – uses goat cheese for extra tang. At first I was excited for the duck fat fries (shown on the bottom right hand corner of the photo above) but one scoop of the queso and I did a 180. If I didn’t have to share with others at the table, I wouldn’t have. But I did. 🙂 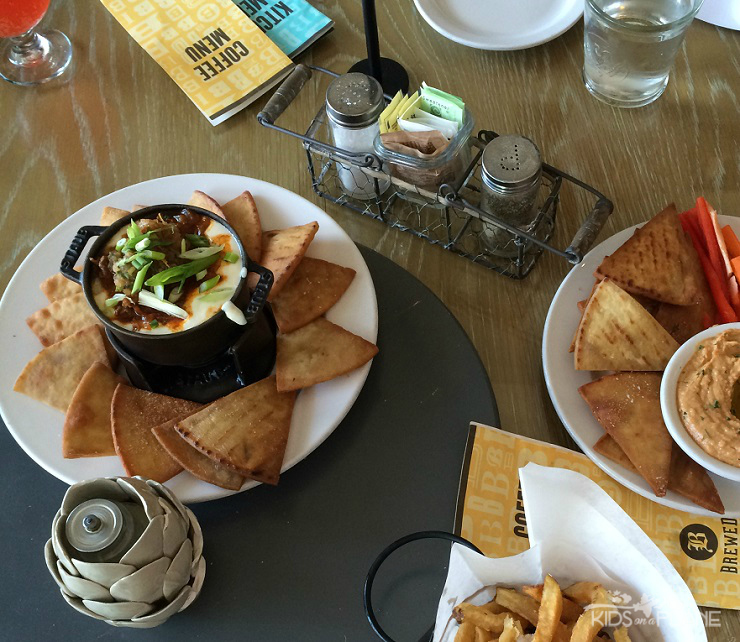 While having lunch at La Fogata in San Antonio – I fell in love with their dessert empanadas.

Celebrating Cinco de Mayo with margaritas and this –> Guava & Cream Cheese Empanadas. OMG, that’s all I can say about this #TexasToDo #sanantoniotx #sanantoniotexas #cincodemayo A photo posted by Cheryl (@kidsonaplane) on May 5, 2015 at 12:20pm PDT

Although they are known for their margaritas, guacamole and a slew of other Mexican dishes, I think I might have finished the guava and cream cheese empanada before I finished my actual lunch. The empanadas we eat at home (thanks to some relatives from Ecuador) are mainly the savoury kind – filled with meat or cheese. The guava cream cheese combination sounded odd at first but one bite was all I needed to change my mind. So now I need to figure out or ask someone how to recreate this at home. I don’t even know where to look for fresh guava!

Another memorable dessert (sometimes this is classified as a morning pastry in France) is the almond croissant at Main Street Bistro and Bakery in Grapevine. Flaky croissant filled with almond cream and then topped with powdered sugar and more almonds is to die for. 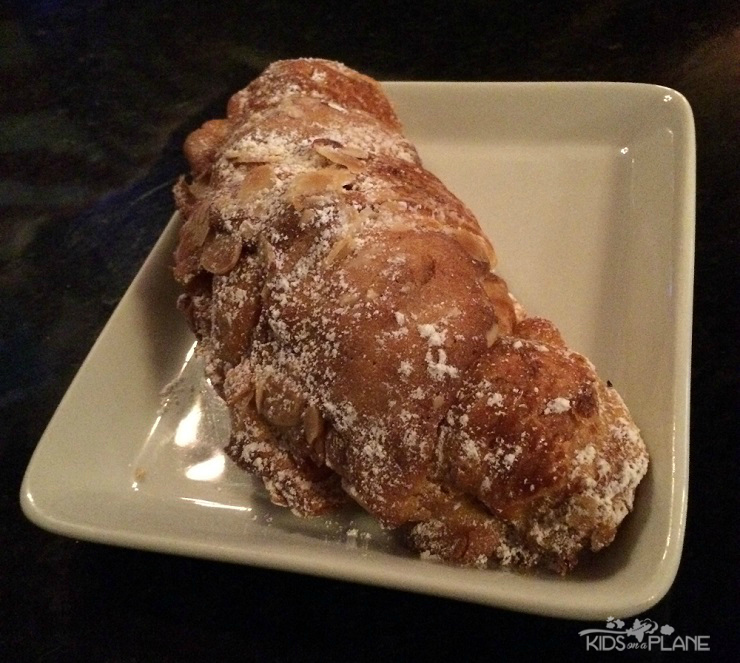 I found out that the owners of this bakery are originally from France so of course this explains this delicious heavenly pastry. I’ve been trying to figure out where to get this in Toronto but so far I haven’t found it – croissants aux amandes is the French name for it. I did try that Starbucks La Boulange pastry that sounded similar but no — definitely not the same.

Ask a local where to go for a good burger and many of them will tell you to head to Whataburger. This San Antonio based fast food chain specializes in burgers. Don’t even try to argue that In-N-Out is better with a local! The A.1. Thick & Hearty Burger may not look like anything special but I dare you to take a bite out of this sandwich featuring two patties, American cheese, onions, bacon and A.1. Thick & Hearty Sauce (a bit sweeter and smokier than the original A.1. sauce) and tell me you don’t love it. It was goooood! 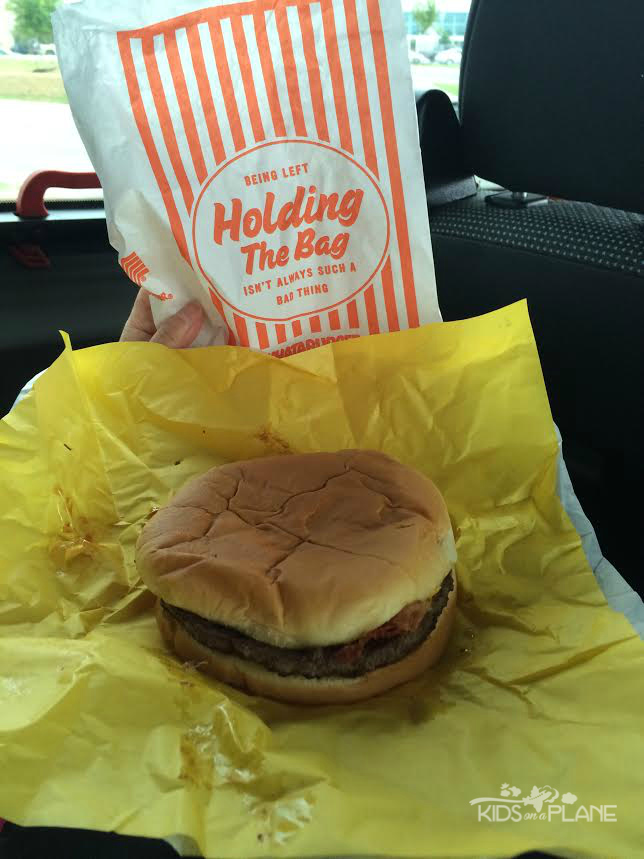 After all these heavy foods, it was nice to have a small dish at The Fruiteria in San Antonio. Chef Johnny Hernandez’s vision for this restaurant was to offer Mexican style tapas and drinks using fresh market ingredients. The Tiritas de Atun (sashimi grade tuna marinated in lime juice and roasted habaneros and then mixed with avocado cream and shredded vegetables) was the perfect light lunch I was looking for after several days of tons of meat. 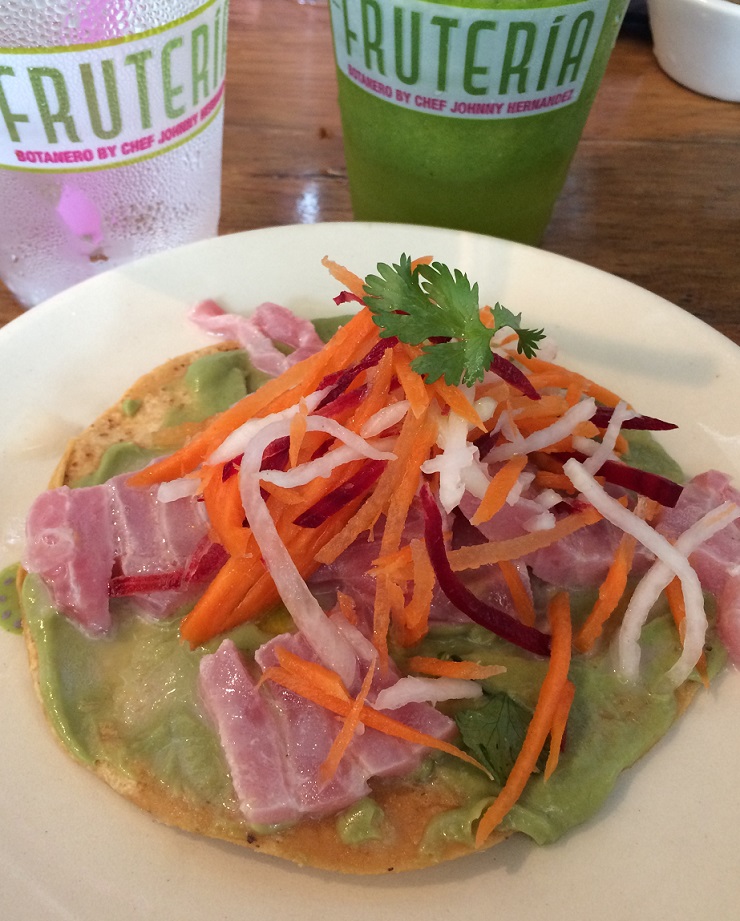 Feeling brave? When in Texas… do as the Texans do and eat calf fries! These deep fried bull testicles had the texture of meatballs (which I guess technically they are – HAHAHA!) but had a bit of a gamey taste. The Rustic in Dallas serves calf fries with buttermilk dip and I guess the tanginess it used to offset the gamey-ness. 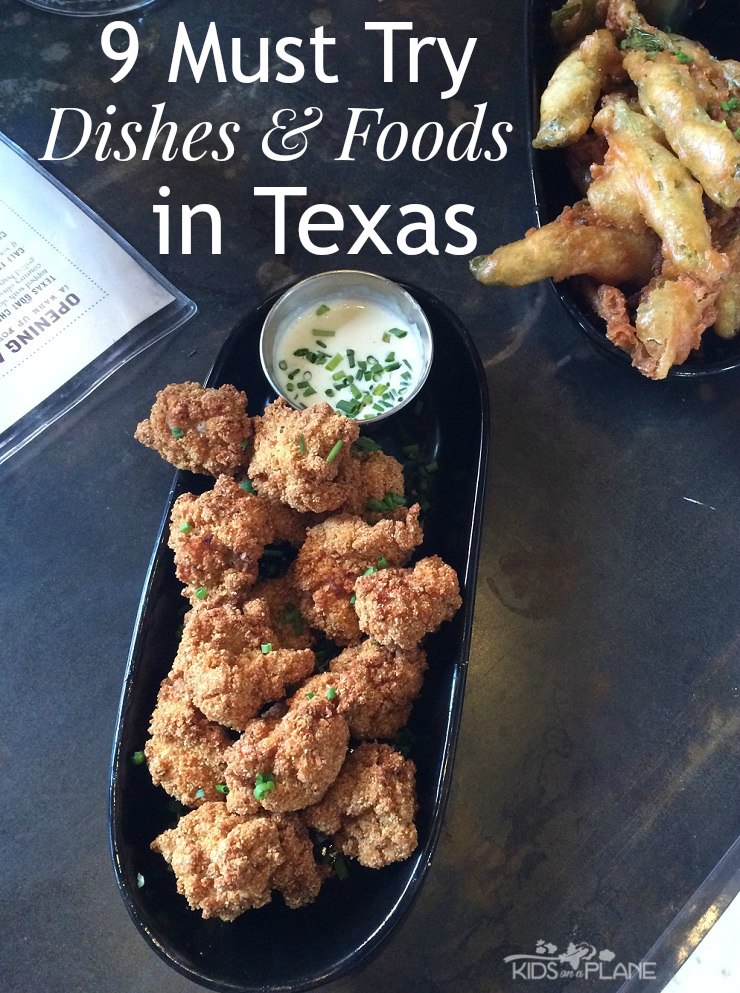 It is true what they say about Texas – everything is bigger there and portions sizes will satisfy even the hungriest of visitors. Thank you Texas Tourism for showing me what a great foodie destination Texas is.

There were pastries bigger than a toddler’s head and side dishes that were served on platters that I’d use for entrees. Prices are very reasonable too so foodies on a small budget will not be disappointed. I wish I had more room in my belly to try other things but I guess that means I’ll have to make a second trip there. Or third. Or fourth. You get my drift… 🙂

*For more information on Texas’ food and drink offerings, check out TravelTex.com. But don’t do it when you’re hungry!

Have You Read These?