It goes without saying, Disney cruises were made for families and as such cabins are tailored for adults traveling with kids.

For first time cruisers the overwhelming selection of staterooms can be intimidating but don’t let it push you into selecting just any cabin.  Disney has some of the largest rooms in the cruise industry but keep in mind they’re still smaller (on average) than a hotel room.

If you are a first time DCL guest and don’t now which stateroom to choose, here are a few tips that may help you figure out which room is best for your family and your budget. 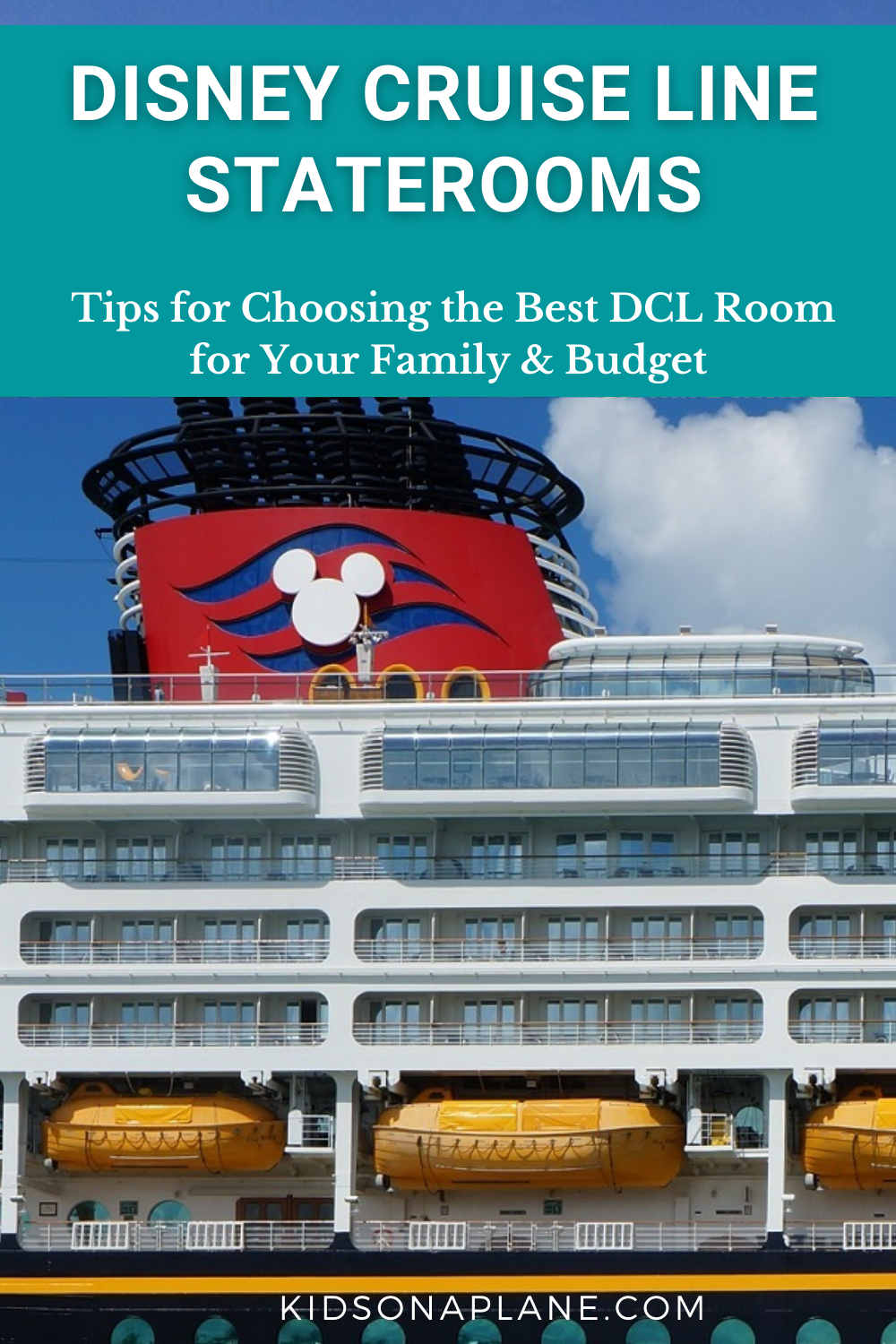 1. The Different Categories of Staterooms

When choosing a stateroom, consider what is important for your family and there are four categories of staterooms on Disney cruise ships:

If you have small children that need to nap, then having a comfortable space for them (and you) is going to be important. If you plan to spend most of your time outside the room, then space and small details like views may not make much of a difference. 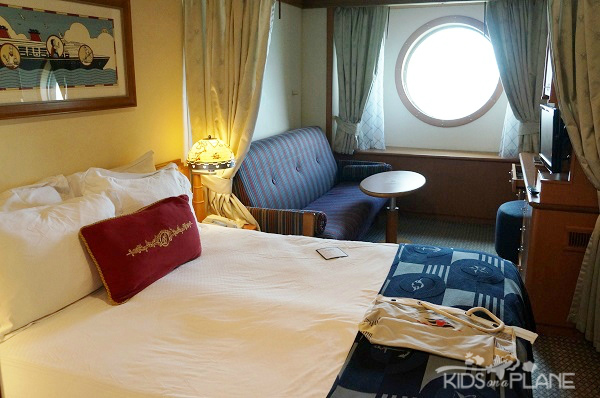 If motion sickness is an issue, choose the most central part of the ship and the lowest deck you can get as there is less movement there. The only drawback is that this part of the ship is the busiest and noisiest as many of the activities (main dining room, atrium lobby, kids clubs etc) are located here and the elevators are always busy.

If you have mobility concerns then a room close to elevators is important. Do take into account though that these rooms tend to be noisier around meal times and port days. Many families with young kids are using the elevators to get to the dining rooms and on/off the ship

4. If You’re a Light Sleeper

Light sleepers should avoid rooms that are directly below common decks or adjacent to service areas. These areas are typically noisier and where guests gather. We’ve had rooms below the dining rooms but it didn’t bother us as we are fairly heavy sleepers. We were so tired from the day’s activities we slept through the breakfast prep! HA HA! 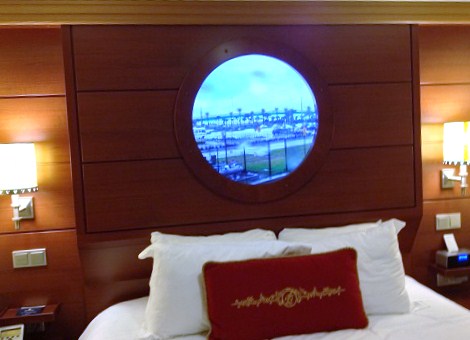 Disney Dream and Disney Fantasy inside staterooms have Magical Portholes that shows real time views of the outside on an LCD screen with Disney characters floating by on the screen every few minutes. Our kids loved this when we sailed on the Disney Dream. These rooms make the room feel bigger despite the interior location.

There are “secret porthole rooms” on the Disney Magic and Disney Wonder. These series of rooms are sold as inside staterooms without a window. But, they have a small porthole which offers an obstructed view. You probably won’t be gazing out it but it does offer natural light into the room without paying an additional cost. 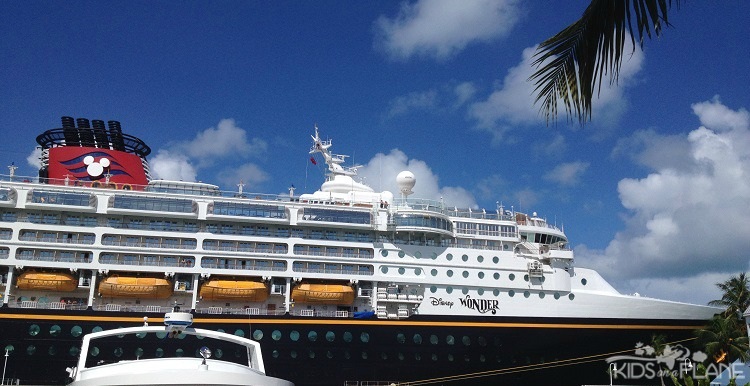 There are also “secret verandah rooms” on the Magic and the Wonder. These rooms are have a private, open air deck but with a slightly obstructed view. Ask for room numbers 6134, 6634, 7120 or 7620, if booking on either the Magic or the Wonder.

Family suites can accommodate larger groups and while it may initially make sense to book a suite, budget conscious parents can save a good deal of money booking two adjoining rooms in a lower category.

Every stateroom reservation requires at least one adult assigned to the room. You will not be allowed to reserve a room and have older kids stay together unless there is an adult with them. 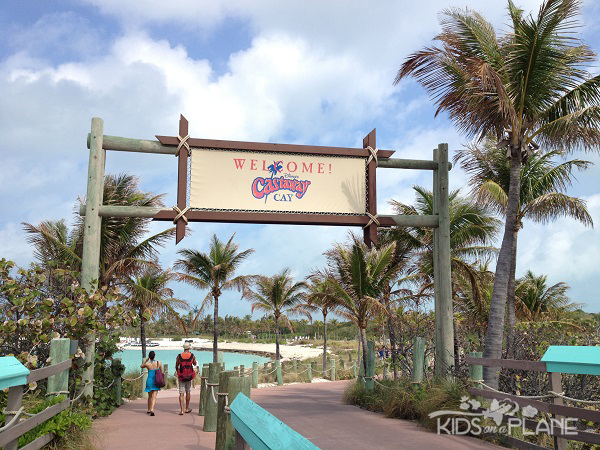 If you are on a cruise that stops at Castaway Cay (Disney’s private island in the Bahamas) and care about the view from your room, it may be useful to know that the ship docks facing the ocean. Port side (left) staterooms face the post office and tram station and the starboard (right) side of the ships face the beach.

Inside cabins are very limited. On the Disney Dream and Disney Fantasy, less than 15% of the rooms are inside staterooms. Only 30% of the cabins on the Disney Wonder and Disney Magic are inside ones. Take this into consideration as these rooms are the first to go during high season.

Have you cruised with Disney Cruise Line? We’d love to hear what you liked (or disliked) about it in the comments below.