My 3-year old daughter recently developed a fascination for Lego building. She started off with a couple of Duplo sets at home, building yummy creations with her Creative Cakes set. More recently, she moved onto Lego – using in-box instruction booklets as well as step-by-step apps on the tablet. 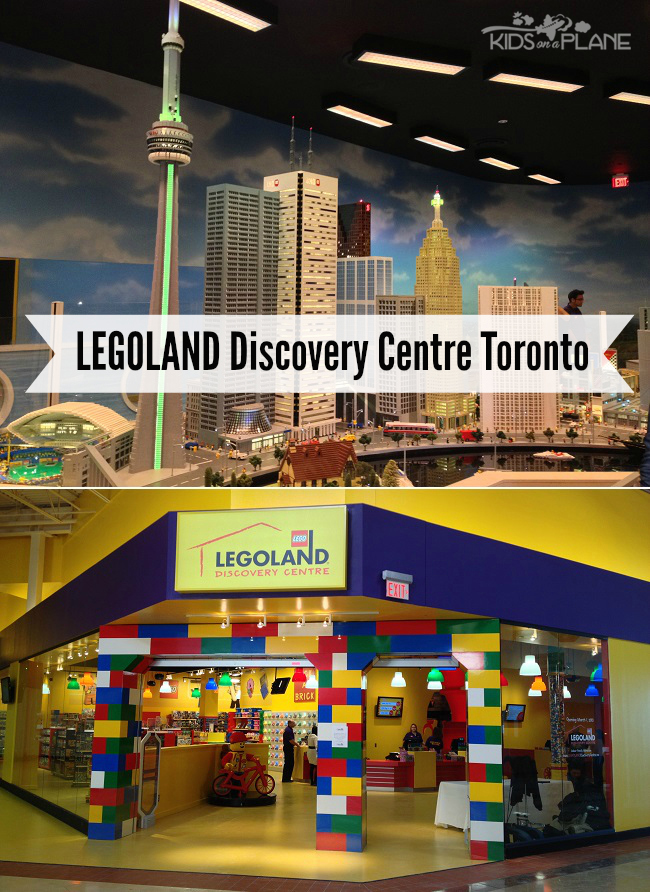 Given her new found interest, it was a perfect time for us to make a trip to the LEGOLAND Discovery Centre in Toronto. We also took her 10-year old Lego-loving cousin.

Conveniently located inside Vaughan Mills (a shopping mall north of downtown Toronto), we headed to LEGOLAND on a Saturday. There was plenty of parking, and the two kids excitedly rushed in. After being greeted by a Legoland staff member, we were taken on a 5-minute Factory Tour where the kids pretended to be part of the Lego making process and were given a Lego block as a souvenir.

Next up was the Kingdom Quest Laser Ride. We lined up for a few minutes and the four of us boarded onto the ride. In the next 3 minutes, our challenge was to pick up our laser guns and zap as many bad guys as possible, with each rider’s score actually shown on the car.

Stepping off the ride, we followed the path to Miniland, where the kids recognized mini Lego replicas of Canadian sites such as the CN Tower, parliament building, Niagara Falls, Air Canada Centre, and Rogers Centre.

The kids excitedly ran into the main area, and we got our first glance of all the activities that were available to us for the day. For an early Saturday afternoon, it was probably considered relatively busy, but not crowded.

The kids headed straight to the Lego Racers – Build & Test area where they each impressively built their own vehicle to race down the ramp alongside the other kids. We spent almost an hour building, testing, and racing with other kids. Considering how popular this section is, Legoland should consider building a few more race ramps! 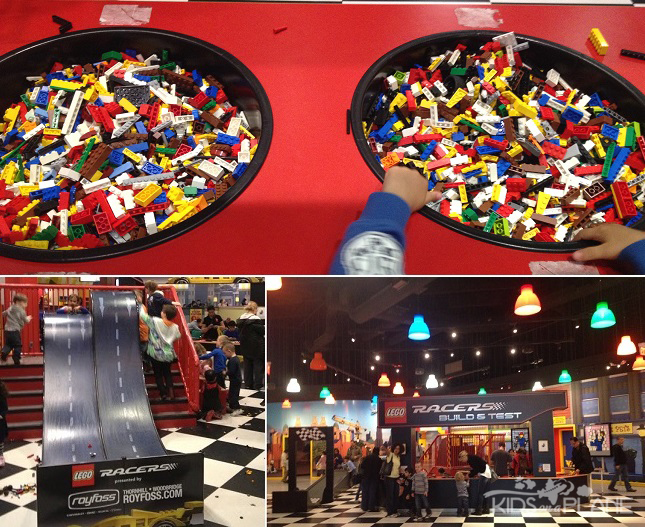 We decided to take a break from building and head over to the Cinema. The next show time was conveniently posted on the wall so there was hardly any wait time to get inside. We were given 3D glasses and sat ourselves down in the movie theatre. Our daughter had never seen a 3D movie before, and this was certainly a unique experience for her, although the glasses were a little big. There were a few surprises throughout this short film, including the experience of feeling wind, rain, and snow on your face!

We lined up for Merlin’s Apprentice, which is LEGOLAND’s main ride. The line appeared short, but we waited quite some time (about 3 groups went on before it was our turn). When we finally got onto the ride, the kids enjoyed pedalling their way high up into the sky and were disappointed when the ride ended. I told them we were not lining up again!

Legoland also has a large playground area (much larger than a typical McDonalds Playplace) called the Fire Academy where many parents were seen leaving their kids to burn off some energy. There is an attendant at the front which is responsible for allowing kids to enter and leave.

For those who have toddlers, there is a soft playground called Duplo Village for kids ages 2-5. There’s a stairs & slide combo, and large blocks for the little ones. 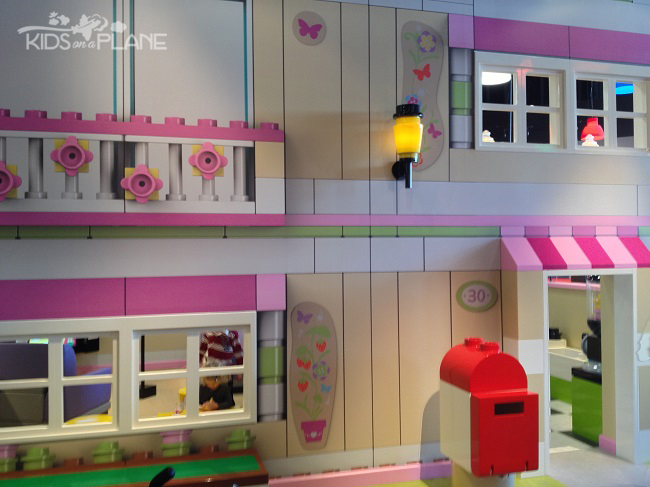 Lego Friends was the only area that we did not explore – but here I saw a karaoke station as well as little toddlers playing in a Lego kitchen.

Since our nephew was a Lego building expert, he wanted to try the Lego Master Builder Academy, a 30 minute class where a teacher walks you through a Lego project. To our surprise, this class was actually enjoyed by our 3-year old, as she was able to follow the step-by-step instructions of the teacher in building a cute Lego tree. Our 10-year old nephew was a little bored as the project was too easy for him. The instructor was very entertaining and excellent at making sure everyone was on track.

We had a snack break in the Café, which has a variety of treats for reasonable prices, including a kids meal for $5 which included a Junior Sandwich (bread with deli), choice of chips or apple slices, yogurt tube, and choice of milk or juice box. They also have coffee, tea, muffins, cupcakes, and plenty of cold beverages for very reasonable prices. 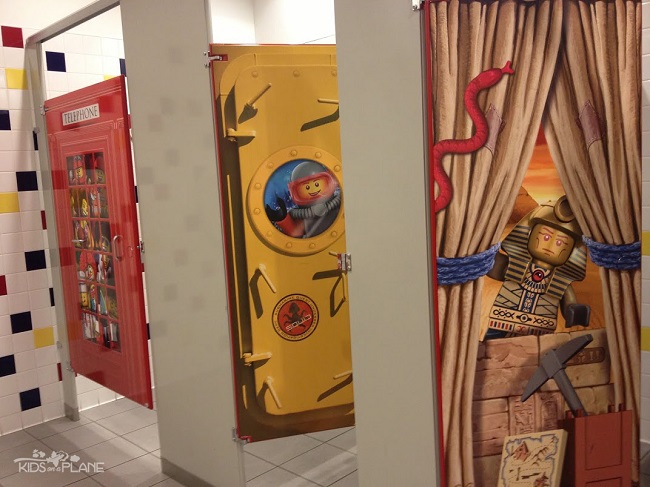 The washrooms were Lego themed, and kid friendly with shorter sinks for the little ones. There is also a family restroom with change table. They don’t have a dedicated nursing room, but do have plenty of benches around the centre and Café.

Of course, the exit conveniently led us to the Lego store where the kids begged us for something to take home. I told them they already got a souvenir Lego block.

Know Before You Go

Best Time to Visit: If you can’t make a weekday, then first thing Saturday morning or late Sunday afternoon

Cost: Buying tickets online are slightly cheaper than the walk-up price, ranging from $16-$20 depending on weekday/weekend and child/adult/senior. Children 2 and under are free. Annual passes are $70, or family of 4 passes are $260.

Children 17 and under must be with an adult. Adults 18+ will not be admitted without a child.

About the Author: Born and raised in Toronto, Lillian is mom to two little princesses and can be usually found researching new restaurants or recipes when she’s not working or travelling.

Looking for more recommendations on what to see and do in Toronto with kids? Check out these posts!