Taking a teenager to Walt Disney World can often require almost the amount of planning it takes when you bring a toddler along with you! Teenagers are often full of eye rolls, shrugging shoulders, and go at a lazy speed all day long.

But, that does not mean Walt Disney World is impossible with your favorite teenagers. I know my favorite 16 year old twins still enjoy some time in the Disney parks – as long as we aren’t hitting all the princess things all day long! And I even know some teenage girls who still make a strong effort to get a hug from their favorite Disney princess.

Today, I have some suggestions for you in each Disney park, in hopes that you can create a touring plan that allows your teenager to smile from ear to ear with Disney magic! 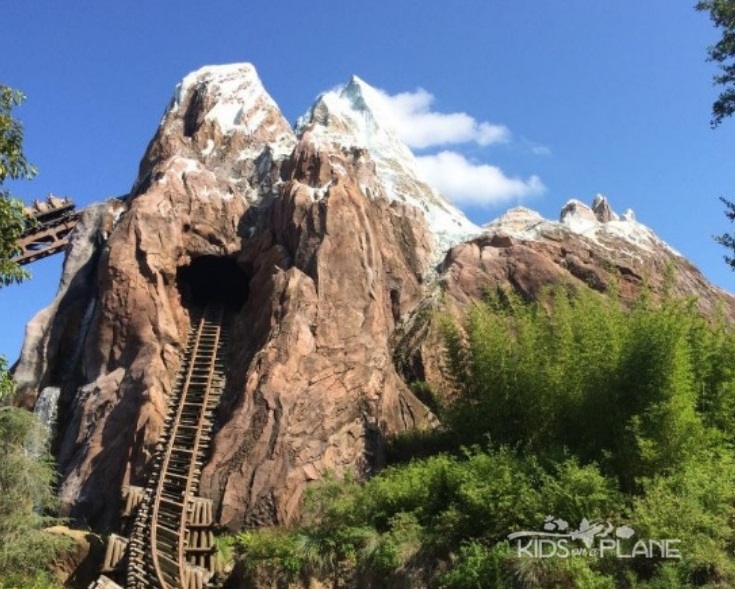 This thrilling, themed, Yeti inspired rollercoaster is one of the most intense rides on Walt Disney World property.

So if you have a thrill seeking teenager in your family, Expedition Everest needs to go on your list! Speed wise, it is faster than any of the “mountains” at Magic Kingdom. Going forward, backward, and getting wildly close to the Yeti, you certainly want to take your teenager on this one!

I don’t know about you, but it is very rare that my teenagers enjoy a trip to the zoo. But on a Kilimanjaro Safari bus at Animal Kingdom, they sit back and chill out while taking in the information and scenery during the safari. My kids love to learn – always have. So this is one of their favorites, even as teenagers.

I can’t write about Animal Kingdom without including the Avatar – Flight of Passage attraction. Avatar is a huge movie series, and teenagers love it. This attraction gives you just enough thrill, simulation, and theming to keep the older ones in your travel party happy.

Plus, with it being wildly popular, they can go back home and tell their friends they were able to ride it because you added it to your FastPass Plus plans before arrival! Riders sit in their own individual “motorcycle” vehicle, simulating the back of a banshee. Before you know it, it has come to life and you are swept into an amazing world of special effects. 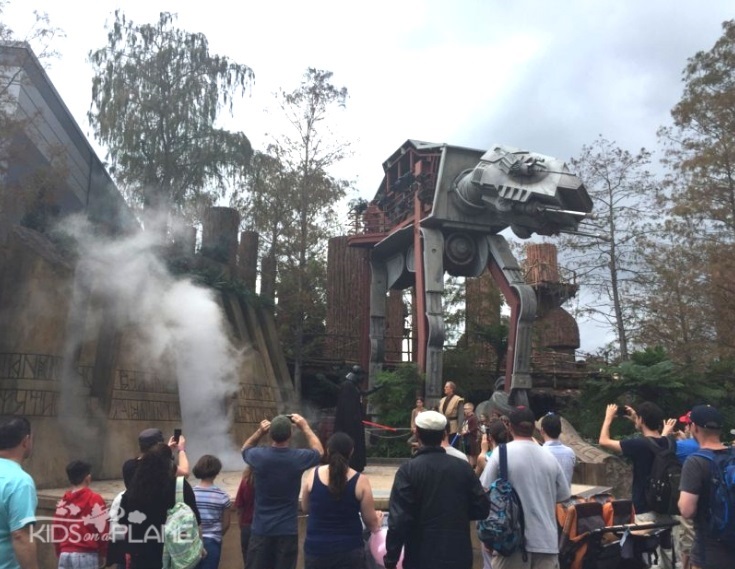 Next to Harry Potter, Star Wars has the largest fan base in the world. And on the brink of the opening of Galaxy’s Edge at Disney’s Hollywood Studios, the hype is WAY up for anything Star Wars related.

Star Tours is another unique attraction, in that you don’t have the same mission experience each time you ride. Teenagers love simulator rides, and this one serves that purpose! Adding this to your plans, in addition to the Galaxy’s Edge attractions, will keep your teenagers busy at Disney’s Hollywood Studios for a long time!

I know, not the most thrill seeking ride on Disney property. But, there is something nostalgic about Toy Story Mania that our family loves. This was one attraction that we would ride over, and over, and over, and over…..you get the point…when our twins were younger. Now, they love the competition factor and trying to outscore the rest of the family as we make our way through the games along the midway.

Not only is this ride a Disney classic, but it is unique to the Disney parks. The Tower of Terror is one of the “must dos” at Disney’s Hollywood Studios, and for good reason. As you board your service elevator for the unlucky 13th floor, you quickly realize that your surroundings are haunted, and then you are questioning your outcome! This is unique in that each ride does not follow the same drop pattern. So riding it multiple times will give you a unique experience each time!

RELATED READING: 5 Disney World Area Activities to Do with Kids on Non-Park Days

Soarin’ Around the World

If you visited EPCOT when your teenagers were younger, middle school age, they may remember Soarin’ Over California. Now, with Soarin’ Around the World, you get an entirely new experience!

This is one of the more gentle simulator attractions, but still amazing. So it is perfect if you don’t have a huge thrill seeker, but they don’t want to ride The Seas with Nemo and Friends over and over again!

As you hang glide, this is a completely sensory experience, and as in Disney fashion, doesn’t leave out any details. This is an attraction your teenagers will want to ride over and over again!

Another “must do”, Test Track is perfect for those automobile loving boys in your family. Husbands included! Before you board, you use large touch screens to design your own car.

My son always goes for the speed and sleek designs, while I am more concerned about the color scheme! As you make your way through the “testing” areas, you eventually open up into the outside on a fast track to fun! This attraction never disappoints, and is a great use of a FastPass at EPCOT.

So, I know…Club Cool isn’t exactly an attraction. But it is on my list of “must dos” when you are traveling with teenagers to EPCOT. However, tasting Coke from around the world is so much fun, and it gives you a break from the heat. We like to hit this fun spot after a ride on Test Track, and before doing a little shopping at Mouse Gears or heading to World Showcase.

RELATED READING: Are Disney Dining Plans Worth It? Plus, Tips to Choose the Best One for Your Family 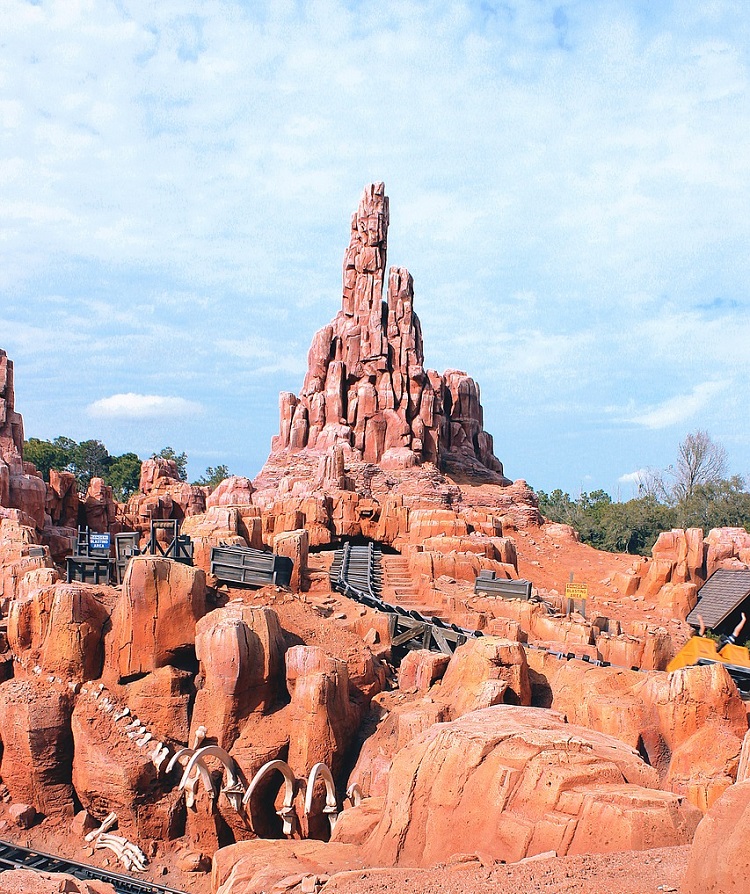 Big Thunder Mountain takes riders on this runaway train through the mountains! It does reach a speed of 30mph, so it is pretty fast. But, the good thing is it doesn’t have major corkscrews or drops. This makes it great for the older kids, but also a good option for those that want more a of a “big kid” ride versus something super thrilling like Expedition Everest or Space Mountain.

This is another one of those Walt Disney World attractions that is fun, but the thrill factor isn’t super high. Not all teens love a good thrill ride, but Splash Mountain is definitely more exciting than ‘It’s a Small World’. This 12-minute, long lasting ride follows the story of Bre’er Rabbit and his friends. Each drop gets a little more intense, until the very end when you plume down the grand drop at the end.

I think it would be an incomplete list without the addition of Space Mountain as a top attraction for teenagers at Walt Disney World. This attraction is well themed, thrilling, and really a Disney classic. Some teenagers will even ride it over and over again, and it is well worth a FastPass! This indoor, totally in the dark coaster, is thrilling and so very fun!

There are so many other attractions I could add to this, and your teenagers may even enjoy the nostalgia of some of the less thrilling attractions – especially if they have younger siblings or have grown up going to Walt Disney World! What can you add to this list? 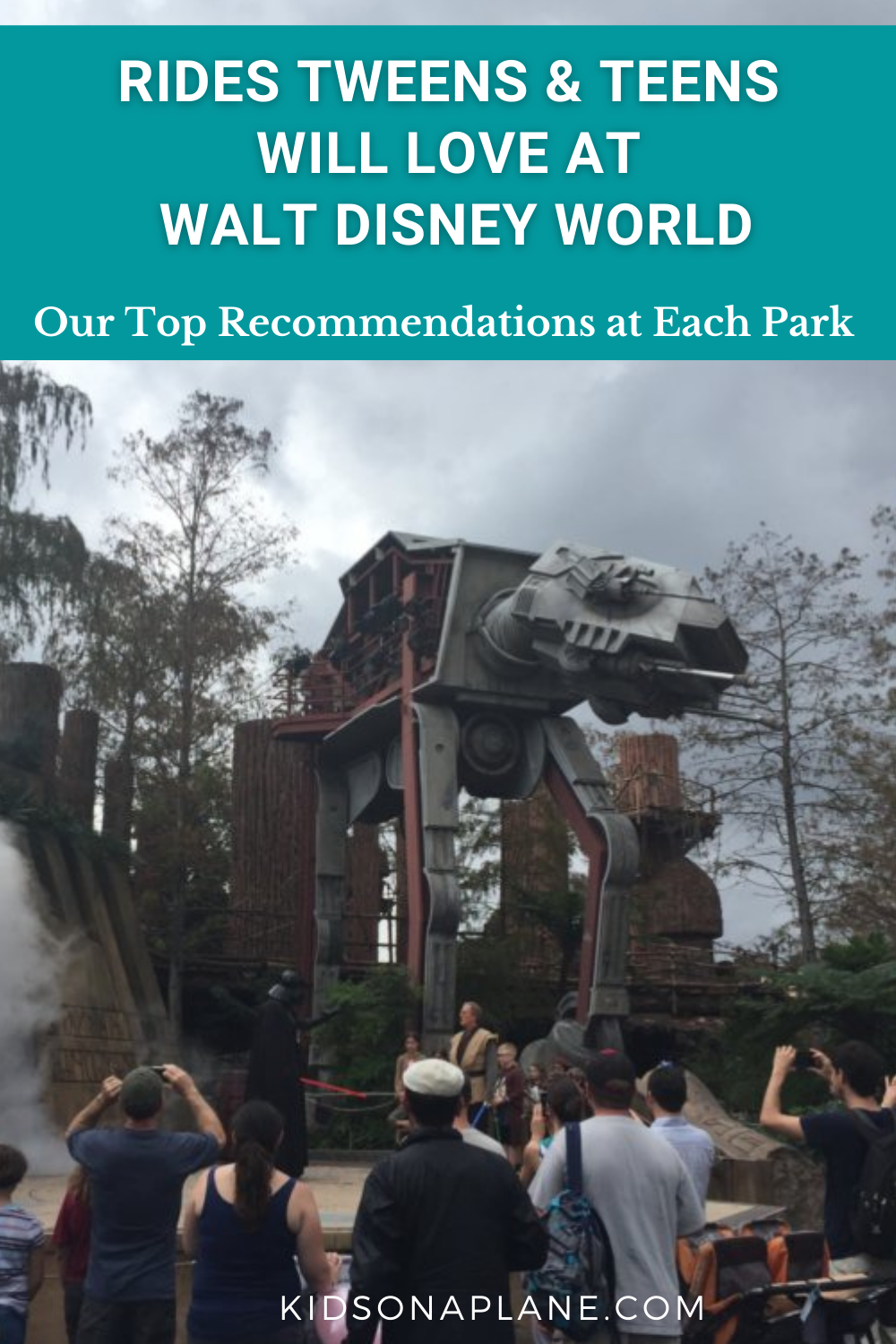