The Wizarding World of Harry Potter is one the most well-themed “lands” in any theme park in Orlando. When you step into Diagon Alley or Hogsmeade, you are in an entirely different world.

The props, shops, food, entertainment, and everything in between completely transport you to a different time and place immediately.

Whether you are just starting the Harry Potter book series

, or you have binge watched the HP movies

umpteen times, there is something for everyone tucked in the Wizarding World of Harry Potter.

Today I am going to share why your family NEEDS to visit the Wizarding World and my best travel planning tips. 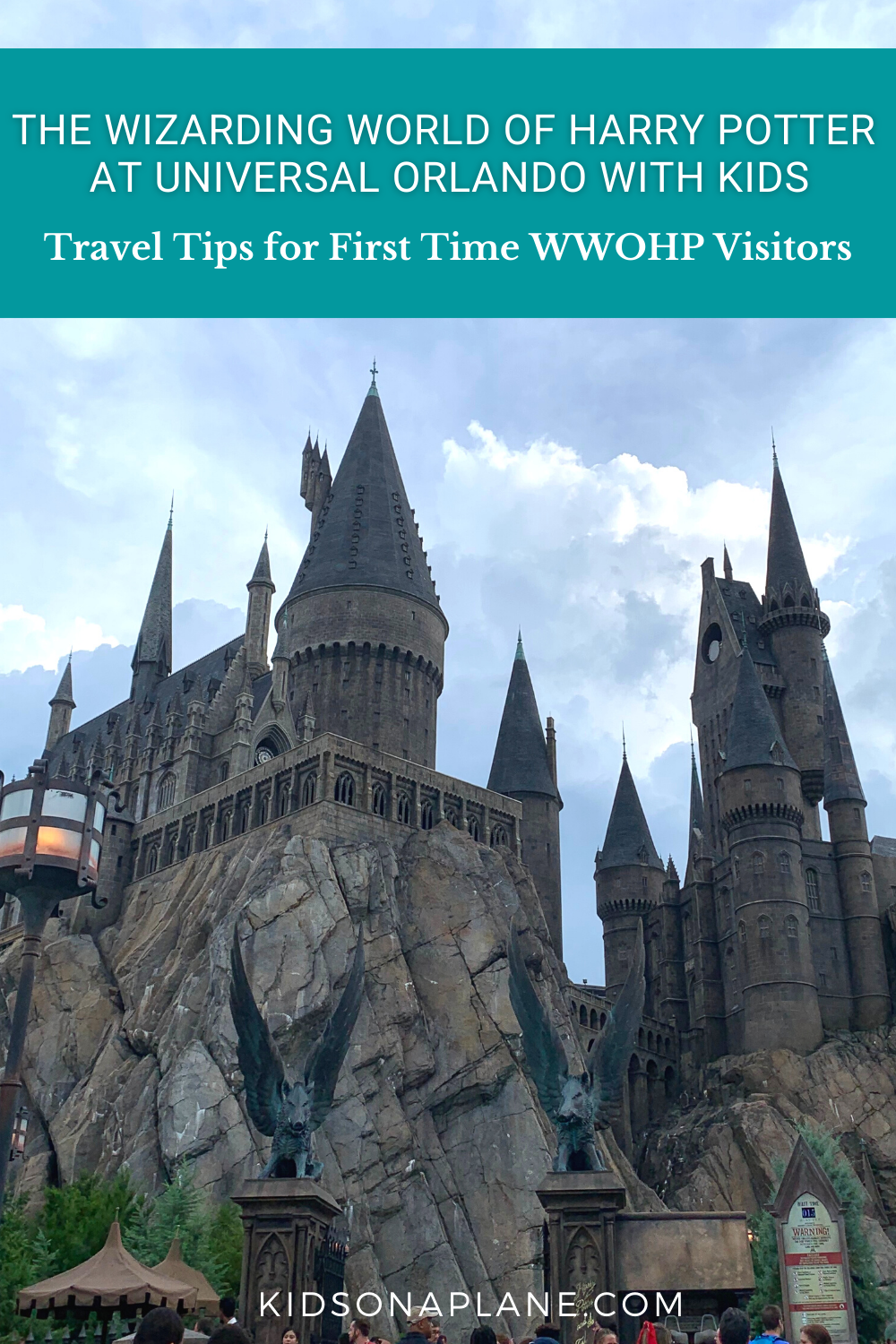 There is plenty for the whole family. But, my stance is that the Universal parks are geared toward older kids, and they will appreciate and understand the Wizarding World so much more if they are a tad older.

Express Pass is Worth It

Since all the Harry Potter attractions accept Express Pass, except Hagrid’s, you will save SO much time in line with Express Pass. Guests of most onsite Universal Hotels are eligible. 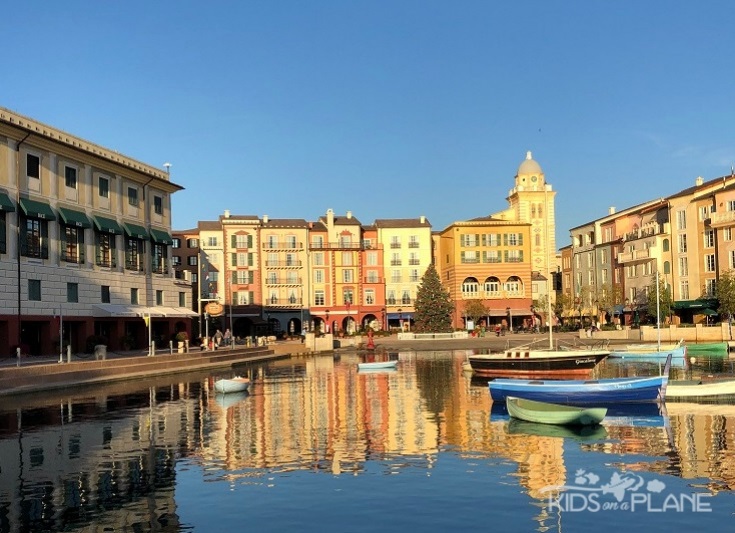 If you are not at one of the eligible hotels, you can pay to upgrade and add it to your ticket. There is nothing worse than whiny kids in line, and Express Pass eliminates that and allows your family to enjoy so much.

How to Ride the Hogwarts Express 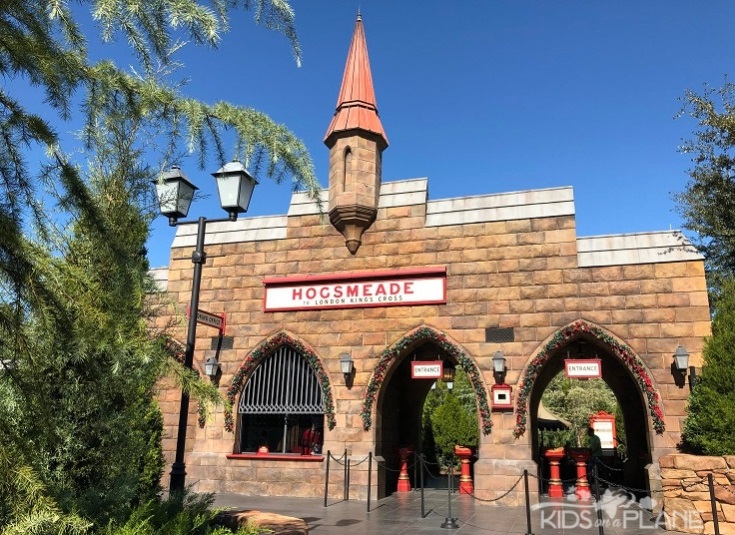 Diagon Alley is located in Universal Studios, and Hogsmeade and Hogwarts are located in Islands of Adventure. If your family would like to visit both of these AND ride the Hogwarts Express, you need a park to park ticket. Should you choose to add a 1-park per day ticket, then you can only visit one side a day, you CANNOT travel between both.

In my opinion, it is ideal to start in Diagon Alley. This is where Harry started his journey, right? And then board the Hogwarts Express to the other side. Just outside of King’s Cross Station, you will see the purple double decker bus. Great photo op!

Also, you can explore Grimmauld Place, just as if you were in London. This area has SO many good photo ops. Behind the very unassuming brick wall, lies Diagon Alley. As soon as you enter, you know you are in a special place! The sites, sounds, and Gringott’s Bank all tell you that you are in a new world. 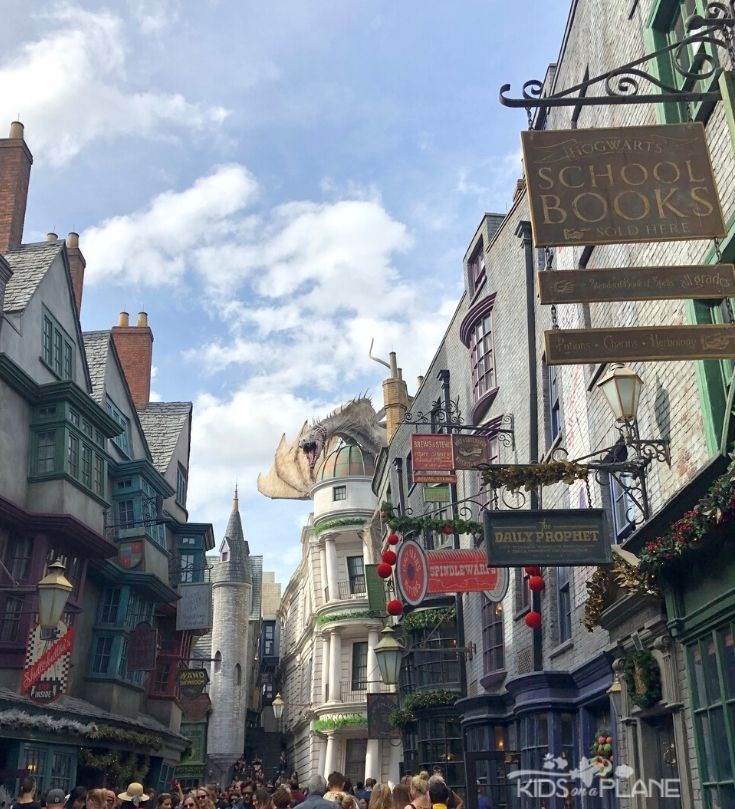 While in Diagon Alley, you can explore Ollivanders (wand shop), and go through the wand choosing process. This is VERY fun, and you can also just shop if you’d like. The line here gets kind of long. So, we like to go at park close, or very early in the day so we are not waiting too long.

Another one of my favorite shops is the Quality Quidditch Supplies. Really take the time to soak in the details in the shops, and in the windows.

As far as attractions, Escape from Gringotts is the only attraction in Diagon Alley. This attraction accepts Express Pass, and that is a huge timesaver! This is a simulator thrill ride, sort of roller coaster through the bank’s underground. There is really nothing like it! 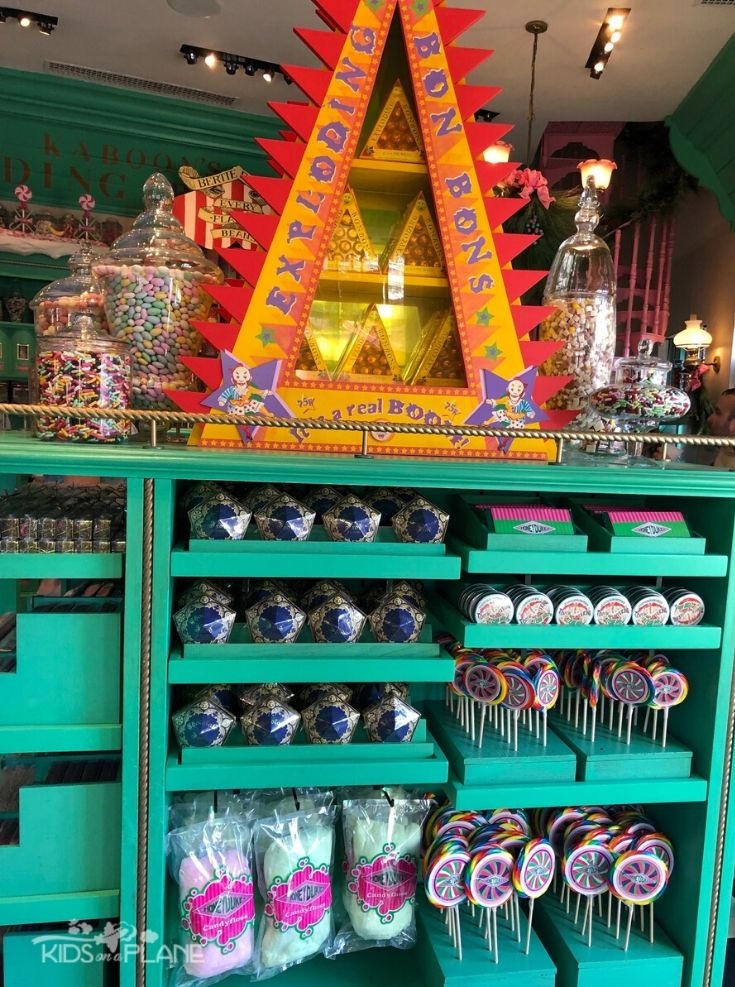 Exploring Hogsmeade and Hogwarts Castle at Islands of Adventure

After you have explored Diagon Alley, hop on the Hogwarts Express. This will take you to Islands of Adventure, and you will be at Hogwarts Castle and Hogsmeade before you know it!

One “can’t miss” stop at Hogsmeade is Honeydukes. This sweet shop is SO fun, and you can even take home some chocolate “frogs”. Be sure to also take time to look at the shop windows, and take in all those details. 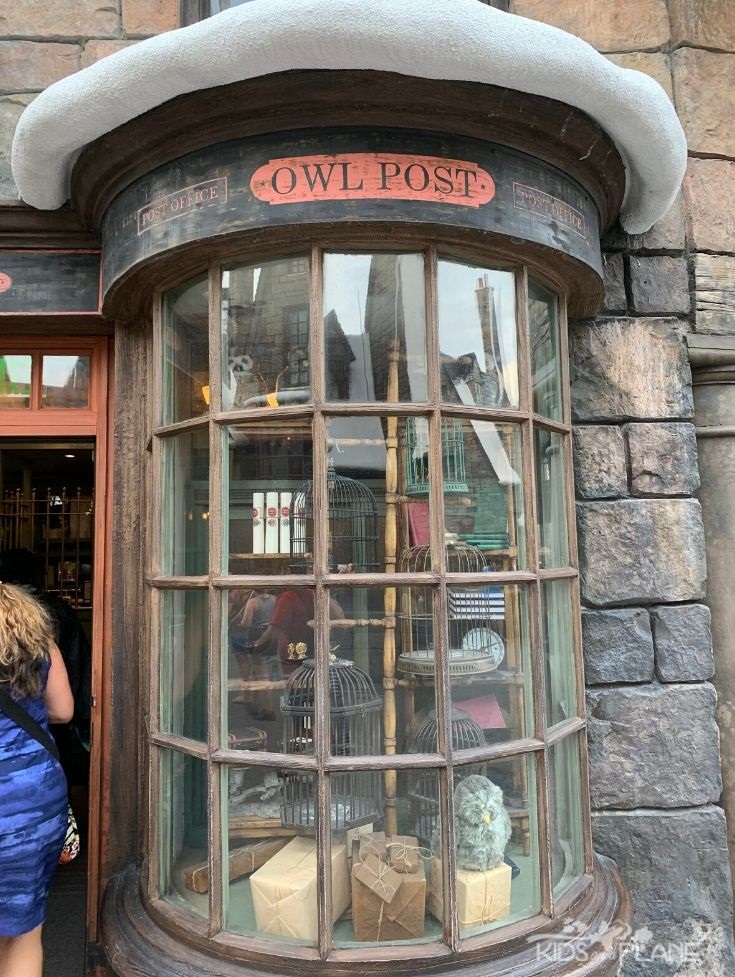 Another great merchandise location is the Owl Post. Did you know you can buy a pack of Harry Potter postcards, as well as stamps? Take them to the employees outside, and they will stamp them with a Hogsmeade postmark. So cool!

There is also an Ollivanders (wand shop) in Hogsmeade, so if you missed it in Diagon Alley, you can visit it in Hogsmeade. 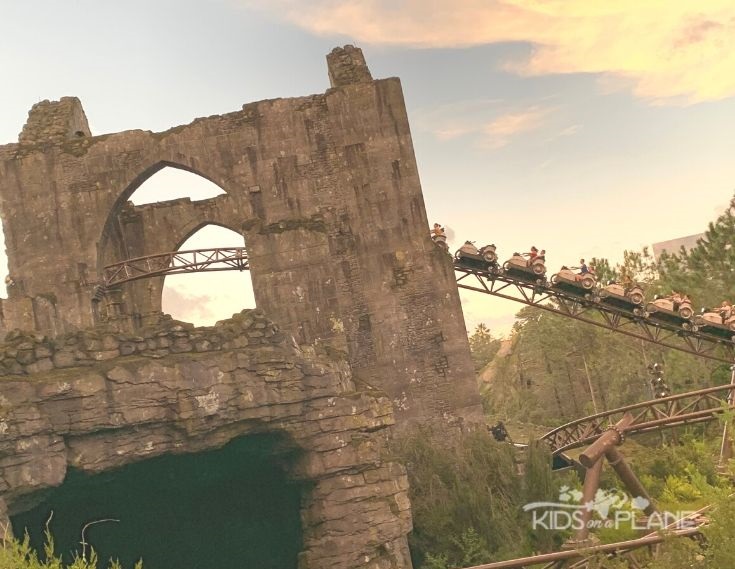 There are three attractions in Hogsmeade. The Flight of the Hippogriff and Forbidden Journey are both eligible for Express Pass. The queue for Forbidden Journey should be a MUST DO on your WWOHP list! You really see all the nooks and crannies of Hogwarts.

The third attraction is Hagrid’s Magical Creatures Motorbike Adventure. This attraction is AMAZING, and so worth the wait. This does not currently accept Express Pass, so be sure to get there at park opening to get in the queue.

RELATED READING: Tips for Choosing the Best Universal Orlando Resort for Your Family

If I could narrow down the Wizarding World of Harry Potter into 5 tips for your family, this would be my list:

Do Not Miss the Nighttime Lights at Hogwarts Castle

Typically, there are two shows. They do rope off sections, and will turn you away if they are full. We found that the bridge along Hogwarts was ideal space to watch. 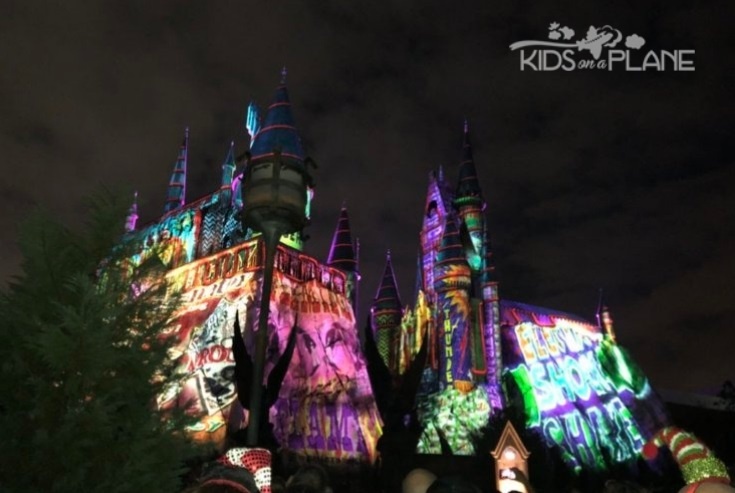 We arrived about 30-minutes before the show started. The Nighttime Lights at Hogwarts Castle is absolutely spectacular! It is a fairly short show, but so worth the wait. 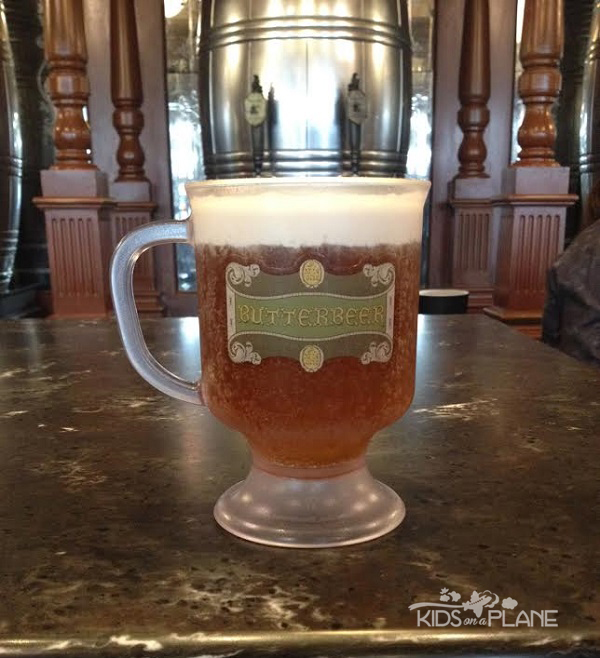 Butterbeer is a MUST

Butterbeer is plentiful on both sides of the Wizarding World of Harry Potter. You can try it 4 ways – frozen, hot, ice cream, and cold. I prefer frozen, but the ice cream version is a close second! 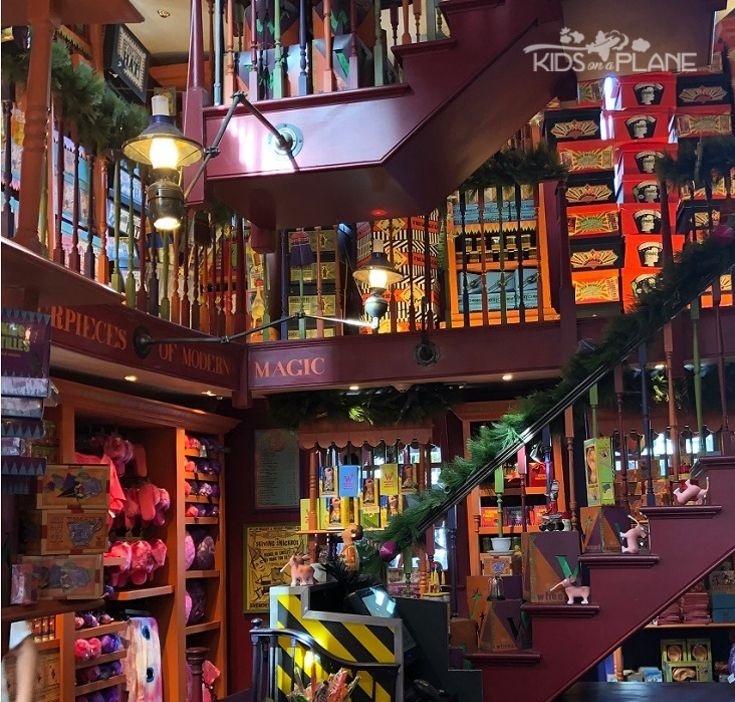 Do Not Rush Through the Wizarding World of Harry Potter

I cannot even explain how much detail is in every area of Diagon Alley and Hogsmeade. The shops, the fire breathing dragon, the props in the shops, it is all just amazing. Make sure you pack backup batteries for the hundreds of photos you’ll be taking.

Will your family be visiting the Wizarding World? I hope so!